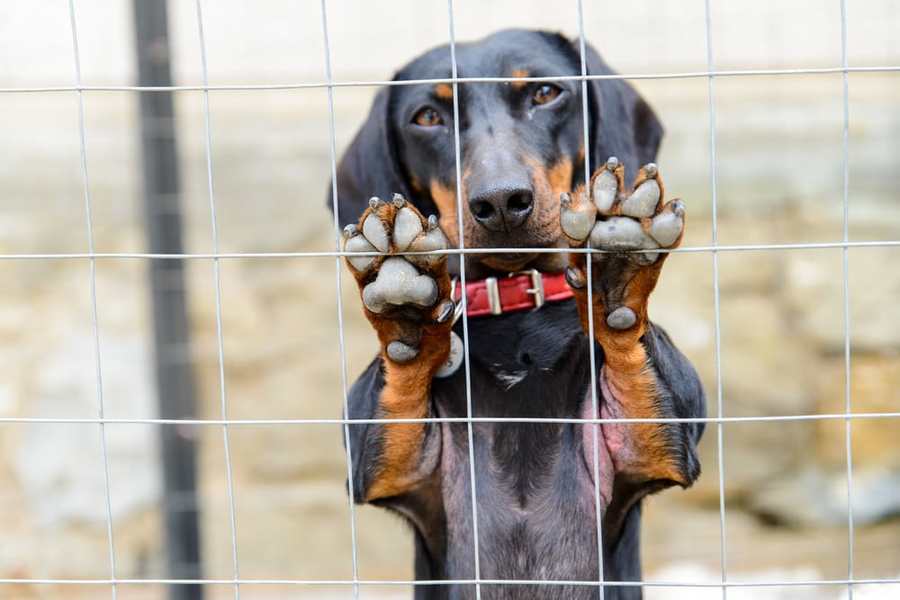 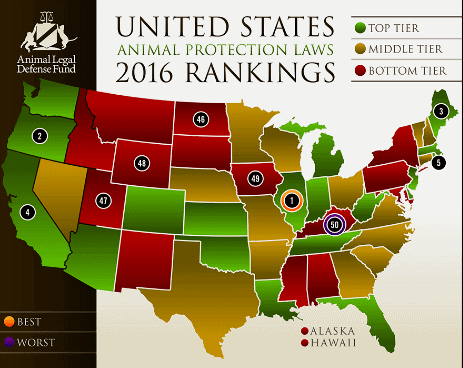 For the ninth year in a row, Illinois takes first place—followed by Oregon (2), Maine (3) and California (4). Rhode Island (5) broke into the top tier this year. Kentucky holds steady at last (50th) place for the 10th year in a row, followed by Iowa (49), Wyoming (48), Utah (47), and North Dakota (46) rounding out states with the weakest animal protection laws.

Other notable changes this year included Michigan’s and Wisconsin’s new provisions to allow pets to be included in protective orders in domestic violence situations, Tennessee’s enactment of the first-ever statewide animal abuser registry, Idaho’s new felony provision for torturing a companion animal, and Maryland’s and Pennsylvania’s new prohibitions on possessing animal fighting paraphernalia.  Kentucky showed some progress by strengthening animal fighting statutes, but it was not enough to shake its reputation as the “Worst State” for animal protection laws ten years in a row.

The past five years of the Rankings Report reveal that more than three quarters of all states have significantly improved their animal protection laws. “The Animal Legal Defense Fund works year round to strengthen laws, and we are gratified to see that reflected in the Report,” says Animal Legal Defense Fund Executive Director Stephen Wells. “Despite this, there’s still a long way to go in animal protection, and Americans should use the Rankings Report as an indicator of where their home state can improve.”

The Rankings are based on a comprehensive review of each jurisdiction’s animal protection laws including over 4,000 pages of statutes. This is the longest-running and most authoritative report of its kind, and tracks which states are taking animal protection seriously.

The full report, including details about each state, is available for download (PDF). The Animal Legal Defense Fund’s complete “Animal Protection Laws of the U.S.A. and Canada” compendium, on which the report is based, is available at aldf.org/compendium.