The 2013 Westminster Kennel Club Dog Show, scheduled for February 11 and 12 in New York City, will include 2 new breeds, never before seen on the show floor: The Treeing Walker Coonhound and the Russell Terrier. The latest addition brings the total number of unique dog breeds entering to 187!

According to Westminster Kennel Club News, the American Kennel Club determines each breed’s eligibility to compete. Generally, breeds are chosen when they’ve reached significant population and distribution across the United States, and when the breed’s “parent club” shows an interest in being involved. 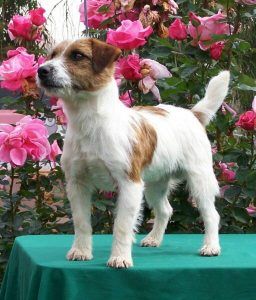 The Russell Terrier is considered the ultimate working earth terrier due to their small size (10″ to 12″ tall) and unique chest. The hallmark of the breed is its small, oval-shaped, spannable, compressible chest, which allows them to hunt efficiently below ground, pulling, pushing and bending through tight turns and narrow tunnels. Their origin dates back to the 1800’s in England where they were utilized for fox hunting and carried horseback in terrier bags. Pack hunters, they are non-confrontational, not a sparring breed. They are predominantly white with spots and come in three coats – smooth, broken, and rough. They are athletic, intelligent, and fiercely loyal. 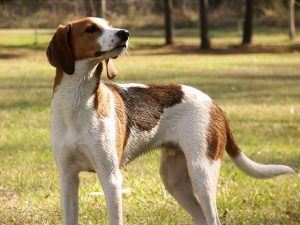 The energetic Treeing Walker Coonhound is perfectly suited for the task for which it was bred – tracking and treeing wild raccoons. Developed from the Walker Foxhound, the Virginia Hounds, and the earliest English Foxhounds brought to America, the Treeing Walker is a fast, alert, hot-nosed hunter with superb endurance, treeing ability and the desire to perform. It has a clear, ringing bugle voice or a steady clear chop with changeover at the tree. Today’s Treeing Walker retains the same color and similar conformation to the Walker Foxhound. The breed is intelligent, confident and sociable.

Do you have one of the 2 new breeds at Westminster in 2013? If not, which breed are you rooting for the most?