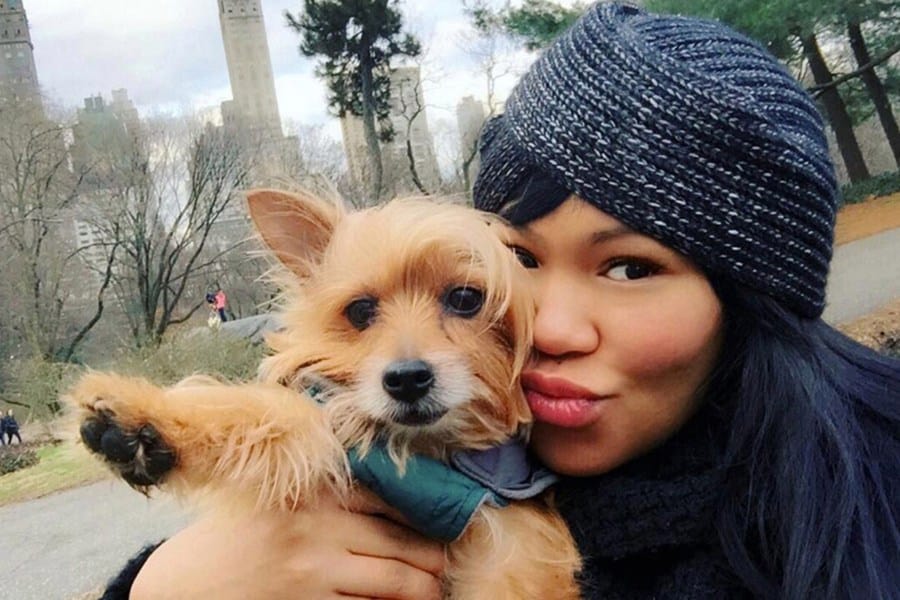 A New York Uber driver is under investigation after allegedly attacking and injuring a woman’s service dog after refusing service to the pair.

Mojeh Adams Schaniel, 30, of Manhattan entered the vehicle with her service dog, a Silky Terrier named Brooklyn, and was immediately told by the driver, Muhammad Qayyum, that the dog could not ride.

“I will not take your dog in my car,” Qayyum, 23, told the 9-months-pregnant passenger, according to police.

Schaniel informed the driver that Brooklyn was a service dog and, despite Uber policy that all service dogs must be accommodated, Qayyum exited the vehicle, opened the rear passenger door and yanked the small terrier by her leash from Schaniel’s lap, throwing him to the pavement below.

According to a criminal complaint filed with the Manhattan DA, Brooklyn suffered a dislocated hip and an injury to his right back leg that required surgery to repair.

Qayyum was arrested on charges of aggravated cruelty to animals and harming a service animal in the second-degree.

The driver was released without bail and an order of protection was placed against him.

Qayyum denies attacking the dog, insisting instead that Schaniel made several “racist, religiously disparaging slurs” and punched him several times in the face.

“Any mistreatment of animals is abhorrent, and we do not tolerate violent behavior on the platform,” Uber said in a statement. The accounts of both Qayyum and Schaniel have been suspended while an investigation into the incident is underway.