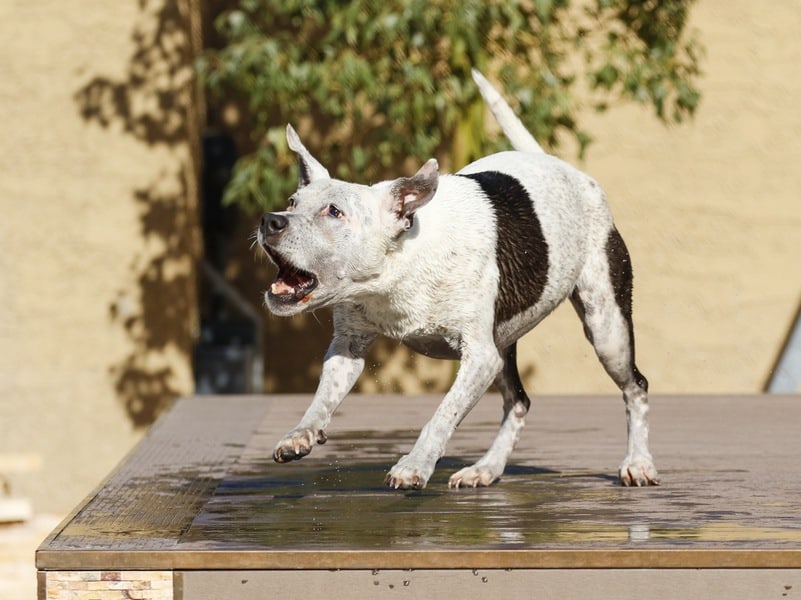 Because dogs naturally repeat behaviors that have been rewarding for them in the past, learned barking is barking that a dog has learned will elicit a specific response, usually as a result of reinforcement from their owner.

How to stop learned barking:

Learned barking should not be reprimanded. Instead, you should reinforce a more positive behavior to the dog, something that does not involve barking.

To stop learned barking, you’ll need to teach your dog to use more appropriate ways to communicate. For example, if your dog is barking as a way to attract attention, rather than respond to his barks, ignore them and only give your dog attention when he’s not barking.

If your dog has learned to bark at the door to be let outside, teach him an alternative behavior instead, perhaps just sitting quietly by the door or ringing a bell. Only open the door to let him outside when he’s giving an appropriate behavior and never in response to him barking.

Likewise, if your dog barks at his food bowl, or barks at you while you’re eating, ignore him until he’s calm and quiet, and then reward him by providing what he’s asking for.

In the same way that you may have inadvertently taught your dog to bark to get what he wants, you can teach a more appropriate behavior. It will, however, require being observant and consistent and no longer giving in to your dog’s barked commands.

Related Items:dog body language, featured, how dogs communicate, how to stop a dog from barking, stop dogs from barking, train dog not to bark, why is my dog barking