A Cherokee County, Georgia police K-9 was found dead in a patrol car on June 10 after her handler, Cherokee County Lt. Dan Peabody, a school resource officer, left the dog alone in the vehicle for several hours while temperatures outside reached into the low 90’s. A necropsy confirmed that Inca died as a result of heat stroke.

Inca’s death prompted a standard police investigation which revealed this wasn’t the first time a police dog had died in Peabody’s care.

Before being partnered with Inca, Lt. Peabody was partnered with another police K-9, a yellow Lab named Dale. Dale worked alongside his handler from 2007 until 2012 when he retired. After his retirement, the K9 was turned over to Lt. Peabody where he was to live out the remainder of his life as a beloved family pet. Shortly after retiring from K-9 duties, however, Dale was dead. Peabody reported that Dale had died accidentally after he choked on a toy and passed away in the home.

But, while conducting a search warrant of the Peabody home and property after Inca’s death, investigators found remains believed to be those of Dale buried on the property. A necropsy revealed the dog had been shot. After the discovery was made, Peabody admitted that Dale had not choked to death on a toy, but that the officer had shot and killed him. 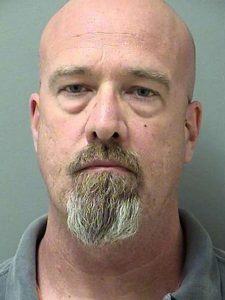 The former school resource officer (he resigned just days after Inca’s death) is already charged with two counts of aggravated animal cruelty and making false statements to police, but it is likely more charges will be filed as the investigation continues.