The North Carolina army veteran accused of tying her service dog to a tree and fatally shooting him while laughing and filming the incident alongside her active-duty soldier boyfriend was found dead in her home Sunday night.

Marinna Rollins, 23, and her boyfriend, Jerren Heng, 26, took a gray-and-white male pit bull she called Cumboui, into a wooded area of North Carolina in mid-April. After tying the dog to a tree, Rollins shot her dog several times while Heng videotaped the incident.

In January 2016, Rollins’ estranged husband, Matt, adopted the dog, then named Huey, from the Cumberland County Animal Shelter. When he was stationed in Korea, he entrusted his estranged wife with Huey’s care with the intention of getting the dog back when he returned home.

Rollins, instead, changed Huey’s name to Camboui, updated his microchip information to her own name, and registered the dog as an Emotional Support Animal while her estranged husband, the rightful owner of the dog, was in Korea.

Matt learned through Facebook posts that Rollins had placed Huey for adoption without his consent. But, the truth was much more sinister. She and her boyfriend had actually killed the dog and filmed the entire incident. 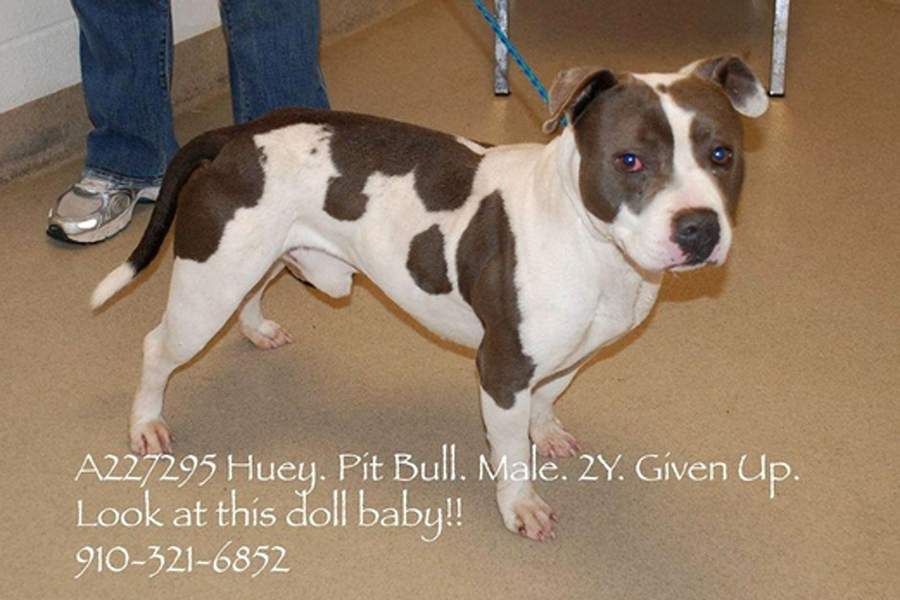 Police said that before shooting the dog, Rollins posted a photo of him to her Facebook page, posting that she “was sad that her dog had to go to a happier place.”

Heng can be heard in the background of the video asking Rollins to let him shoot the dog, too.

Following Rollins, Heng can be seen shooting Camboui another several times in rapid succession, while the couple laughed and continued filming.

Heng posed for pictures with the dog before the couple executed him.

“They can be heard on the tape laughing and giggling as the dog was being killed,” Cumberland County District Attorney Clark Reaves said at the couple’s first court appearance on Tuesday.

It was a close friend of the couple that posted video of the shooting to Facebook, in hopes that it would draw attention and lead to punishment. In addition to the video evidence, police say Rollins sent text messages to friends, confessing to the shooting.

Rollins and Heng, both of Fayetteville, North Carolina were due to appear in court later this month on felony animal cruelty charges.

Rollins was found dead in her home around 3am Sunday morning. Police are investigating the death as a suicide.