Following the investigation into the death of a family dog outside a Hawaii airport, it has been determined that no criminal charges will be filed against the airport security officer that shot, killed the dog. 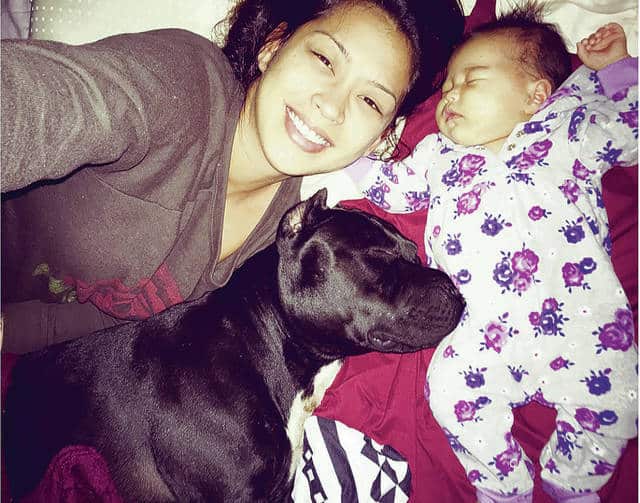 Leisha Ramos and her family were moving to Oahu from the big island of Hawaii when they went to theDaniel K. Inouye International Airport in Honolulu to pick up the last family member, their 2-year old pit bull mix, Kaiele.

“(My boyfriend) picked up the dog from Aloha Cargo, and then picked me up. And then when I got off the plane, I walked out to the side of the truck and he already had the dog tied up to a tree, to a palm tree right on the side, right next to the truck, so he could make room for the rest of my luggage,” Ramos told KHON.

Ramos’ boyfriend, Jadd Matsuda said when he picked up Kaiele, he had been in his kennel for more than 6 hours and needed to use the bathroom. While he waited for Leisha and her infant daughter to collect their luggage and meet him, Matsuda tied Kaiele to a tree near the parked truck while he made room for her luggage inside the vehicle.

Ramos explained that a security guard showed up and asked them to leave. It was then that Kaiele somehow got loose and was shot and killed by the Securitas airport security officer.

Heartbroken, Ramos said, “My dog was a good dog. I was sitting on the ground with my dog and my dog was just laying down on grass. He wasn’t even hurting anybody or trying to get to anybody. There was a lot of people on the side saying the dog wasn’t aggressive and he wasn’t. He runs away from chihuahuas. I can take him to parks. I lay my daughter next to him.”

In contrast to Ramos’ account of the events leading up to the shooting, the security officer’s employer, Securitas Security Services USA Inc., said in a statement that the dog was “aggressively barking and lunging at tourists in the area.” The company said the dog got away from the owners and began pursuing the officer as he was asking them to leave the unauthorized parking area.“Despite repeated requests from the officer to the owners to restrain the pursuing pit bull, the owners were unable to control the loose animal,” the statement said.

Following an investigation into the shooting, state Attorney General Doug Chin announced that no charges would be filed against the security officer “for now.” In the statement, Chin said, “At this time, the evidence is insufficient to prove criminal charges beyond a reasonable doubt.”

But, dog owner Leisha Ramos is outraged over the decision. “They said they don’t have enough evidence to make a case right now,” Ramos told the Honolulu Star Advertiser. “They didn’t go into detail. I find it to be very unfair. If it was a police dog that got shot that guy would be in jail right now. If it had been a civilian that shot a dog he’d be in jail right now.”

“It’s heart breaking and discouraging,” she continued. “I would have thought it’s the airport, they seem so high on security but they don’t have cameras. It makes no sense to me. You would think they would have cameras all over the place. Funny how that one area doesn’t have a camera. It’s just unfortunate. I keep my faith in God and I hope and pray that justice does get served.”

While the investigation has concluded, further evidence or witness testimony could reopen the case.