An Iraq War veteran says he was kicked out of a Denver hotel when the clerk noticed his service dog and demanded to see documentation for the animal. The incident proves, yet again, that businesses and employees are still largely unaware of service dog access laws.

Shawn Garcia, an Iraq War veteran and Marine stopped for the night in Denver during a trip from California to Indiana and planned to stay at the Renaissance Downtown Denver Hotel.

Garcia told KDVR that his midnight check-in was going smoothly until the front desk clerk spotted his service dog, Dogmeat.

“They said hey, that dog has to have a tag. I said no he doesn’t,” Garcia told the news station. The hotel then demanded documentation that Dogmeat was a service dog, a move that’s illegal under the Americans With Disabilities Act.

A service dog is not legally required to wear a vest, patch, or carry any type of ID card, though many service dog teams do these things because it’s easier to just show a meaningless ID card when asked for one than it is to explain the laws to business owners, managers, and employees, and even law enforcement officers that haven’t been educated.

Under ADA law, service dogs are legally provided access anywhere their disabled handler goes, including inside hotels, restaurants, stores, and on airplanes and other areas where pet dogs are generally not admitted.

“It was to the point where I said look, she’s my medical equipment,” said Garcia, who struggles with PTSD, arthritis, and balance issues. But, his pleas were ignored. “They just blew me off, kicked us all out. They didn’t even refund my buddy his money. “It was ridiculous. We finally found a place at three in the morning.”

Frustrated and angry, Garcia reached out to FOX31’s Problem Solvers to share his story. 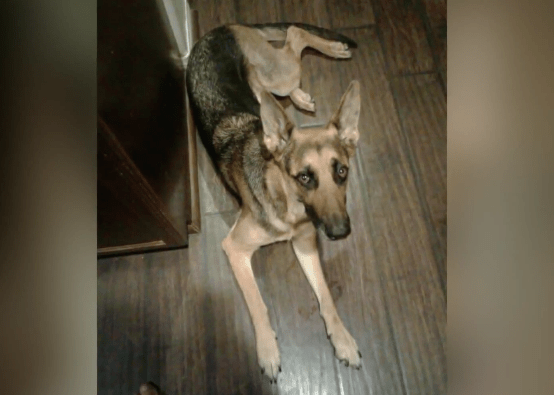 “We apologize that our team’s interaction with Mr. Garcia was not in accordance with our policies or values. We are re-addressing the issue with our employees, to reinforce that it is not permitted to ask for paperwork regarding a service animal. We have reached out to Mr. Garcia directly to apologize for how the situation was handled. The Renaissance Denver Downtown at City Center Hotel supports our veterans and welcomes individuals with service animals. We regret that our interaction with Mr. Garcia didn’t better reflect these sentiments and we are committed to correcting this issue.”

Garcia said he’s the been the victim of discrimination because of his service dog countless times. “It’s ridiculous the kind of things I’d never dreamed would happen when I got prescribed a service dog from the VA. It`s crazy,” he said. He hopes that by sharing his story, business owners and employees will finally learn and understand service dog access laws.

Service dogs, because of the wide variety of services and assistance they provide, come in all shapes, sizes, and breeds. Yes, any dog, from a 2-pound Chihuahua to a 200-pound Newfoundland, as long as they are providing a necessary service to a disabled handler, can legitimately be service dogs. Likewise, the handlers who service dogs assist can include those with obvious physical limitations, like blindness or mobility impairments, or those with “invisible” disabilities, like Post-traumatic Stress Disorder (PTSD) or mental illness, and many conditions in between.

Service dogs are not “pets.” They are as important to their handler’s day to day life, mobility, and ability to function as a wheelchair, crutches, or cane is to someone with a disability that warrants their use.

According to the American’s With Disabilities Act, service dogs do not need to be wearing an identification vest and are not required to have “papers” or certification of any kind. There are only two questions that can be asked of a person in regards to their service animal: “Is this animal required because of a disability?” And, “How does it assist you?”