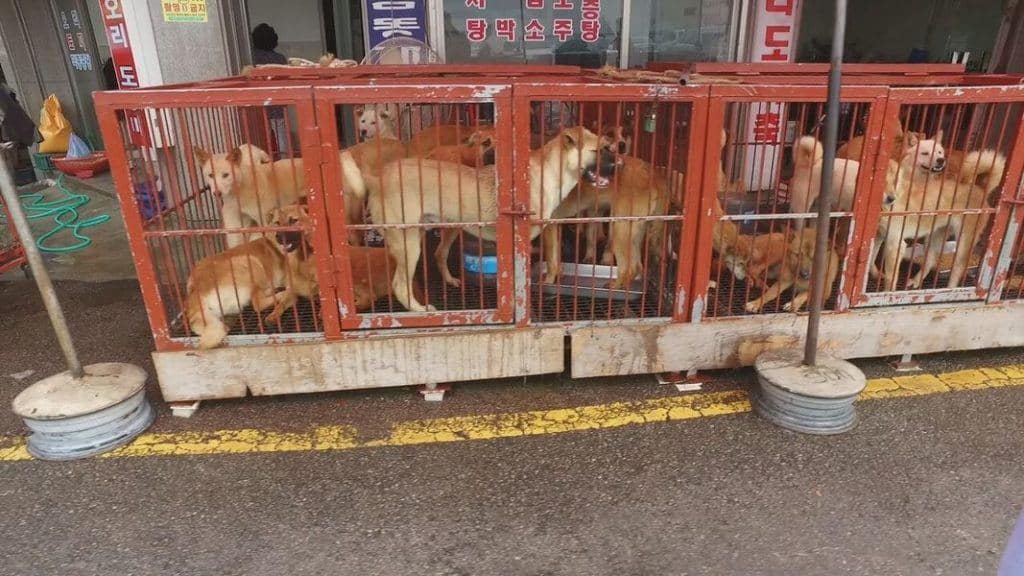 In a huge victory for dogs and dog lovers across the world, South Korea’s most infamous dog meat market, the Moran Market in Seongnam City in the Gyeinggi-do-province, has finally shut down for good.

The Moran Livestock Association and Seongnam City have agreed to stop the slaughter, confinement, and sale of dogs. Moran Market is South Korea’s biggest livestock market and, until now, sold up to 80,000 dogs for meat each year.

“The closure of Korea’s most infamous dog meat market at Moran deals a significant blow to the heart of the dog meat trade,” said In Defense of Animals President, Dr. Marilyn Kroplick. “We thank Seongnam city officials and Mayor, Jae Myung Lee, for taking a humane position. Moran market has run with the blood of hundreds of thousands of dogs for many years, so this is a step in the right direction in our fight to end the horrific dog meat trade. However, we expect the dog butchers to set up their dirty business elsewhere, so In Defense of Animals will remain vigilant and will not rest until we take dog meat off the menu for good.”

In Defense of Animals has campaigned for many years to close Moran Market, citing blatant violations of animal welfare laws and brutal killings in which dogs are electrocuted or boiled alive, hanged, blowtorched, and butchered, often next to cages packed full of live dogs.

Although this is a positive step forward in the fight to end the horrific dog meat trade, In Defense of Animals urges caution. The city of Seongnam has committed to encouraging dog meat vendors to venture into other trades, but the dog butchers may take their business elsewhere. In Defense of Animals will not be satisfied until dog meat is ended entirely.

A poll released by In Defense of Animals and Coexistence of Animal Rights on Earth (CARE) this year revealed public opposition to dog meat is stronger than ever in South Korea with 60% of the Korean public having never eaten dog meat, 57% against the cruel trade, and 46% holding the belief that dog meat should be banned.

In Defense of Animals is an international animal protection organization located in San Rafael, California dedicated to protecting animals’ rights, welfare, and habitat through education, outreach, and hands-on rescue facilities in India, Africa, and rural Mississippi. The ‘Ditch Dog Meat’ campaign works through political, educational, awareness and action, to eliminate the market for dog meat in South Korea, and ensure dogs all over the world are seen as loving and protected companion animals and not raised as food.