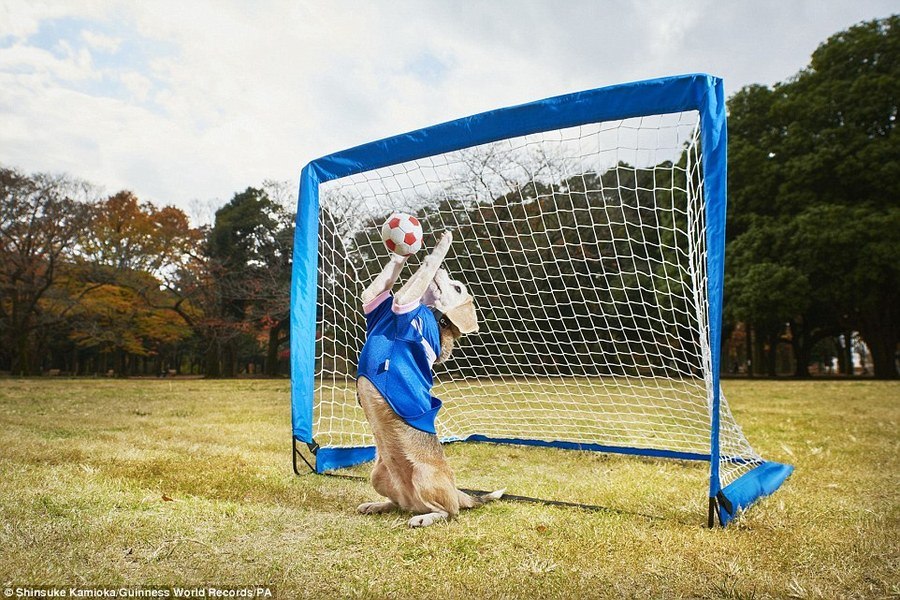 Animals are doing amazing things every day! So, it’s no surprise that our four-legged friends are stealing the show in the newest edition of the Guinness World Records 2016 Edition!

Though several animals have broken new records this year – a tortoise reached record speeds going .92 feet in one second, a rabbit grew fur that was over 14″ long, and a steer grew his horn over 9 feet wide – our favorite is Purin, a 9-year old Beagle who broke her own previous record to catch the most balls with her paws in one minute.

The Most balls caught by a dog with the paws in one minute is 14 and was achieved by 9-year-old Purin and her owner Makoto Kumagai (both Japan) in Sakura, Chiba, Japan, on March 22, 2015. Purin, who has broken her own previous record of 11 to make it into this years’ book, is a multi-talented pooch – the beagle from Tokyo can also skateboard, walk on two legs, rope skipping and has many other impressive skills. Makoto has owned Purin since she was born. “Purin is calm, happy and always eager to play,” says Makato. “She’s scared when around larger dogs, but since she lives with a cat, is more comfortable with animals her own size.”

Congratulations Purin! We can’t wait to see what records you break next year!