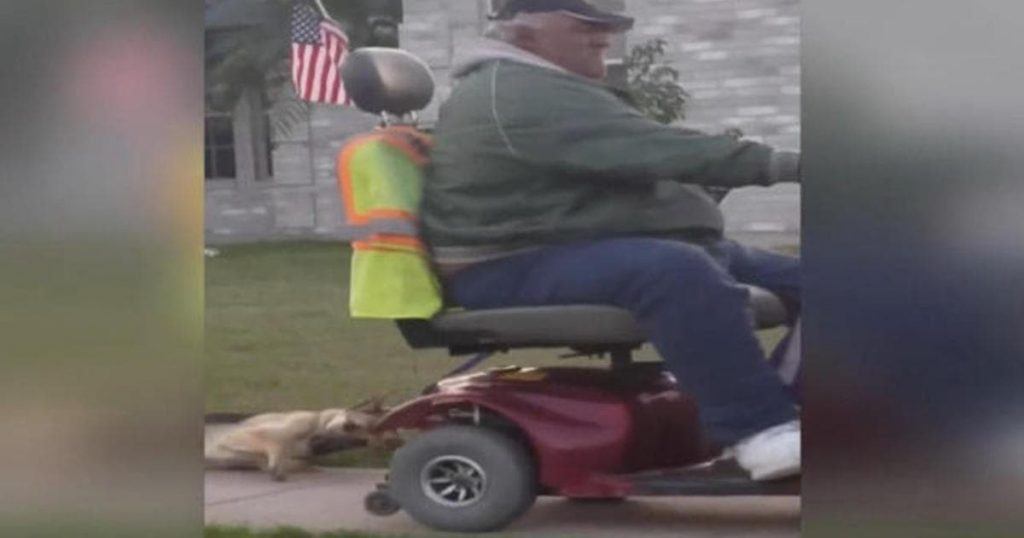 Police in southern Texas have arrested a man, charging him with animal cruelty, after a neighbor recorded video of him dragging a dog by her leash behind a motorized mobility scooter.

Mission, Texas resident Melissa Torrez saw the man dragging a struggling German Shepherd by a leash around her neck through the neighborhood and stopped to confront him.

“I see him dragging his dog from the middle of street. … I’m out of my car yelling at him, asking him, ‘What are you doing? What’s wrong with you?’ And he just keeps going, telling me to mind my own business, it’s his dog he can do whatever he wants,” Torrez told KGBT.

When the man refused to stop, Torrez began recording video. In addition to posting the video to Facebook, she – along with hundreds of concerned animal lovers that saw the video – contacted Mission Police. Torrez says the man dragged the dog for at least two blocks.

WARNING: The broadcast below contains video footage which may be disturbing to some viewers.

Mission police said they received hundreds of calls from concerned residents which prompted an investigation. Police located the dog’s owner, 59-year-old Mario Cardona, and arrested him on animal cruelty charges.

While some people have criticized Torrez for recording video instead of taking more direct action, like cutting the leash or pushing the man off the scooter, for example, Mission Police Lt Jody Tittle said the video was important in this case. Without video evidence, it would have been difficult to charge Cardona with any crime. She did the right thing. 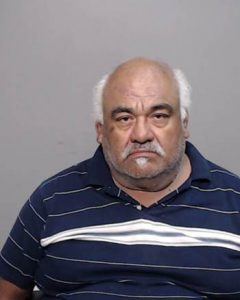 In addition to these new animal cruelty charges, Cardona has an arrest record dating back to 1993 on charges including aggravated assault, arson, and driving while intoxicated.

The dog, named G2, was removed from the Cardona residence and placed in the care of Mission Animal Control. Her caretakers say she’s in good health and doing well.

Cardona was booked into the Hidalgo County Jail on a single charge of cruelty to non-livestock animals. A judge set his bail at $10,000.