The breeds that are eligible to compete are determined by the American Kennel Club based on population and geographic distribution, as well as growing interest by the breed’s parent club.

The two new breeds competing in 2015 are… 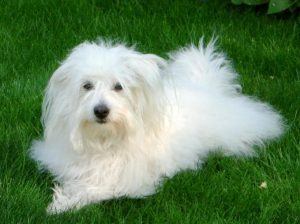 (Non-Sporting Group)Wild tales of 16th Century pirates and shipwrecks surround the origins of the Coton de Tulear. Developed by natural selection on Madagascar, the “cottony texture” of the white coat, rectangular silhouette and convex topline defines the breed. Intelligent, quirky and clown like, Cotons became a favorite of the Island’s aristocracy, who proclaimed them, “The Royal Dog of Madagascar.” Sturdy and athletic, they excel in agility and obedience training. Readily adapting to all lifestyles, Cotons are ideal companions. With long flowing coats in the show ring, family pets are often kept in “easy care” short clips. Courtesy of United States of America Coton de Tulear Club 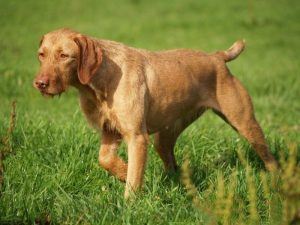 (Sporting Group)Developed by hunters and falconers in Hungary, the Wirehaired Vizsla is a lean, athletic hunting dog whose most distinguishing features are its weather resistant, dense wire coat with beard, eyebrows, and brushes on the legs. From nose and eyes to toenails, the Wirehaired Vizsla is self-colored in harmony with its coat of golden rust.?It is sturdy and strong yet graceful, built to hunt in all elements and cover any terrain encountered by the walking hunter. With a keen nose for hunting and tracking feather and fur on land and in water, it has a natural point and retrieve. ?Affectionate and intuitive, the Wirehaired Vizsla is an ideal companion for the active family. Courtesy of Wirehaired Vizsla Club of America

To learn more about “America’s Dog Show,” the events, dates, times, and where and when to watch and cheer for your favorite dog, visit www.WestminsterKennelClub.org.

What breed would YOU like to see included in the show?