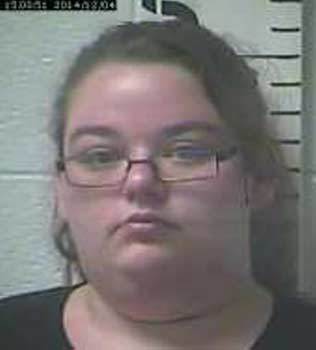 In an unforgivable act of cruelty and just downright disgusting behavior, a Kentucky woman allegedly injured her dog multiple times in hopes of scoring prescription pain medication for herself.

Heather Periera, 23, of Elizabethtown, Kentucky was taken into custody and admitted to cutting her 4-year old Golden Retriever with a razor blade on three separate occasions, in hopes that her dog’s severe injuries would prompt a veterinarian to prescribe the narcotic pain reliever Tramadol.

A veterinarian at the Elizabethtown Animal Hospital became suspicious after Periera brought her dog in to be treated for severe cuts for the third time in as many months.

Not only were the dog’s injuries similar to those he’d suffered prior, according to WDRB, Periera had returned just three days after her second veterinary visit claiming that her child had accidentally flushed the dog’s Tramadol down the toilet and she needed more.

The vet alerted authorities who arrested the woman who admitted to cutting her dog on each occasion.

She is now facing multiple charges, including 3 counts of torture to an animal and 3 counts of falsifying information in an attempt to obtain a controlled substance.

The dog will remain in the custody of Hardin County until an investigation is completed.