Horrifying images from inside a Yulin dog slaughterhouse have been released by Humane Society International, revealing the first disturbing glimpses of preparations for this year’s dog meat festival in China’s Guangxi Autonomous Region. 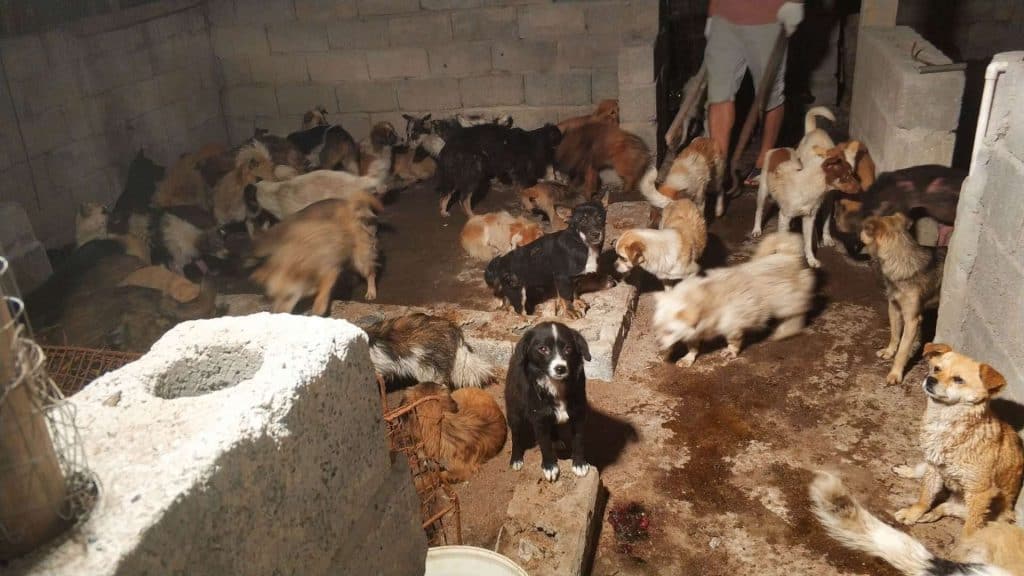 A group of 135 dogs were rescued from dog slaughterhouses in Yulin, China, before the start of the dog meat festival, in June 2018. The rescue operation was conducted by Humane Society International’s Chinese partner group plus two other groups who did not wish to be identified. Yulin2018 Dog slaughterhouse rescue Yulin China Yulin2018 Image:HSI

Chinese activists with whom HSI has worked for many years, together with two other rescue groups, negotiated the release of 135 dogs from three facilities in the Yulin suburbs. They captured chilling footage inside one slaughterhouse that kills around 50 dogs every day for human consumption. 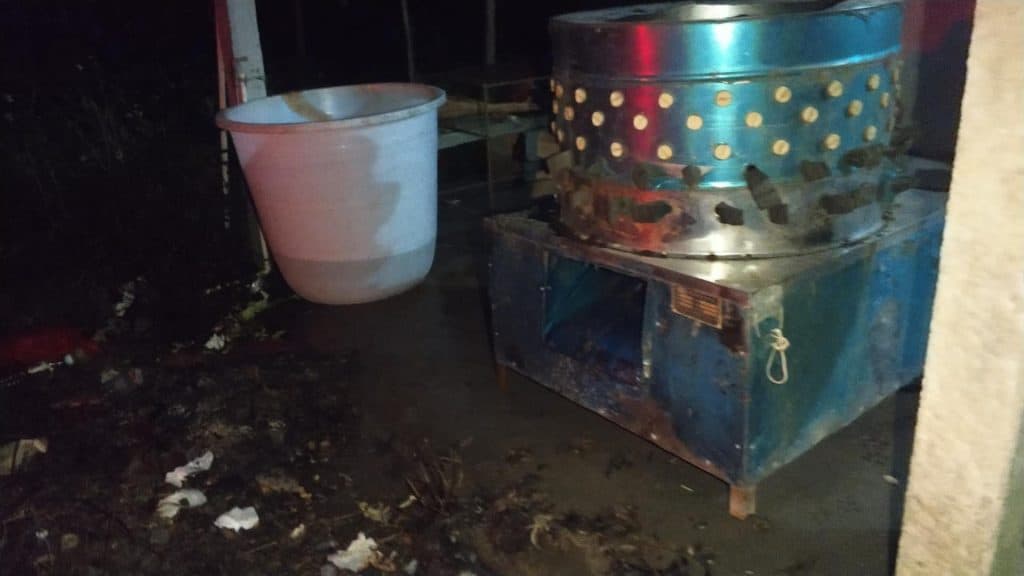 A group of 135 dogs were rescued from dog slaughterhouses in Yulin, China, before the start of the dog meat festival, in June 2018. The rescue operation was conducted by Humane Society International’s Chinese partner group plus two other groups who did not wish to be identified. Yulin2018. Image: HSI

In advance of the summer solstice event that starts on June 21st, thousands of dogs and cats will be killed and butchered to be sold at the markets and restaurants in the city. Many of these animals are believed to be strays snatched from the streets and pets stolen from backyards. They are crammed into wire cages and driven for hours or even days across the country, before reaching the slaughterhouse where they are beaten to death.

Cell phone footage and photos taken by HSI’s activist contacts show terrified dogs huddled together in a small, dark, filthy room, traces of blood still fresh on the floor from the morning’s slaughter. The dogs, most of them small breeds that thieves are partial toward, are seen peering fearfully into the camera lens. In one harrowing scene recorded just as the activists first entered the room, a man is seen clubbing a dog repeatedly over the head as the dog cries in pain in front of the other cowering animals.

Allen, one of the Chinese activists, told HSI, “What I saw will haunt me for months, I have never seen dogs so scared like these ones. I truly do not understand how the slaughterhouse workers could be so blind to the frightened looks of the dogs waiting for their turn. Most of them were small sized dogs, typical pet dogs, and they were terrified because they had seen the killing of probably 50 dogs that morning. They were friendly but very confused, and all of them were emaciated due to food and water deprivation.”

Images of slaughter paraphernalia including knives and a de-hairing machine, as well as of dead dogs being blowtorched to brown their skin for sale at Yulin’s market, provide a disturbing insight into this gruesome trade. The activists were relieved to be able to rescue all the remaining dogs, but were left extremely upset by what they had witnessed.

Allen continued, “The slaughterhouse was utterly filthy, the floor covered in blood and faeces, and the air oppressively offensive. The noise of that slaughterhouse stuck in our brain long after we’d left – the wailing of the dogs, the roar of the blow-torch, the thundering of the de-hairing machine while dogs huddled together in fear.  We were so anxious to get the dogs away from that hellish place.”

The 135 dogs were taken immediately to a temporary shelter to receive food, water and emergency care. Once settled at the shelter, it became clear there were three heavily pregnant females; they gave birth to their puppies soon after.

“Thank goodness those precious puppies were born into the world surrounded by love instead of in that room of death. The mother dogs must have been especially anxious, and I like to think they knew they were finally safe to give birth at our shelter.”

The dogs were next transported to three separate permanent shelters in other parts of China where they will receive high-quality veterinary care. Thirty-five of the dogs are now being cared for at a shelter in North China supported by Humane Society International. 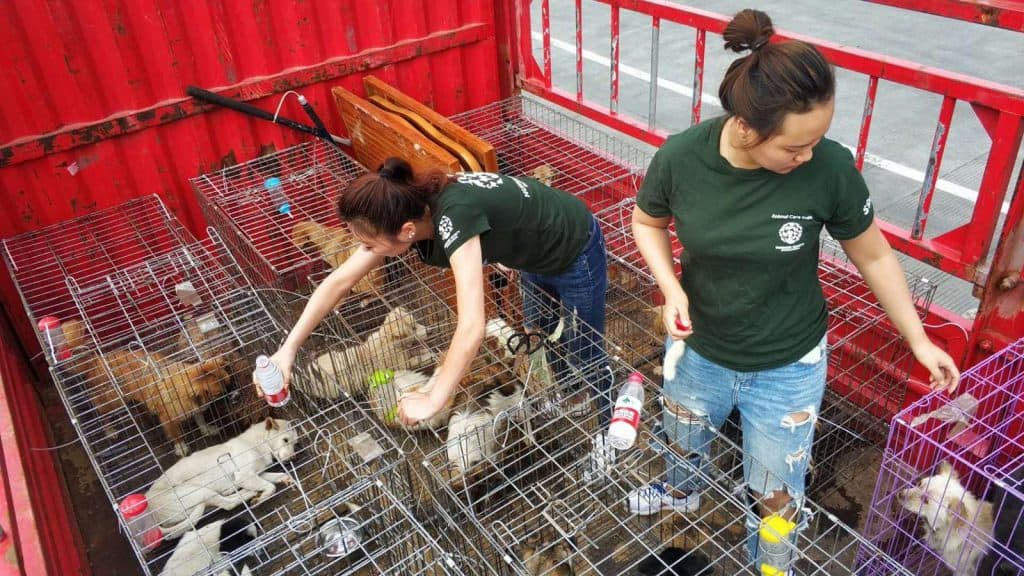 35 of the 135 dogs rescued from a Yulin slaughterhouse, arrive at HSI’s partner shelter in North China. Yulin2018 Image: HSI

Dr Peter Li, HSI’s China policy specialist who is waiting at the shelter to receive the dogs, explained, “HSI’s shelter project has excellent facilities and can provide round-the-clock care, so we will be taking those dogs who require the most attention to get them back on their paws. Many of the dogs are suffering from malnutrition, shock and painful skin diseases, and they will likely be extremely fearful because they’ve received such brutal treatment and witnessed truly traumatizing scenes.”