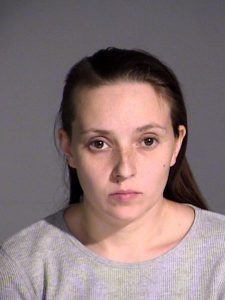 Former Indianapolis Animal Care and Control officer, Ashley Chastain, was arrested and charged with felony animal cruelty after police were alerted that she was operating an illegal ear-cropping operation out of her home.

A probable cause affidavit alleges that Chastain unlawfully cut the ears off of multiple dogs, sometimes shooting them with Ketamine, a tranquilizer that immobilizes the puppy, but does nothing to mask pain or treat the wound. Ketamine is a controlled substance sometimes used by animal control officers to tranquilize a dog for capture.

She was in the process of cropping the ears of one puppy whose muzzle she’d taped closed when the dog vomited, aspirated, and died. Chastain buried the 2-month old puppy in her backyard.