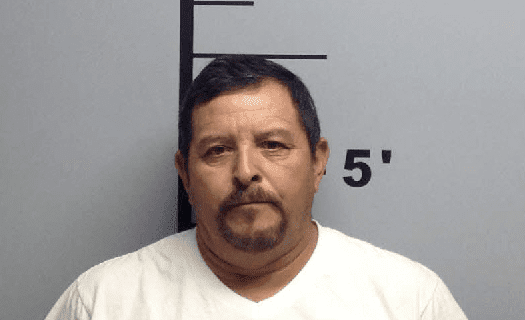 An Arkansas man was finally sentenced in connection with animal abuse charges dating to 2013. Ciro Silva-Castillo pleaded guilty to aggravated animal cruelty on Jan. 23 for the severe abuse to his dog. He was sentenced to 6 years of state supervised probation after pleading guilty to chaining his dog to the hitch of his pickup truck and dragging the dog behind it, seriously injuring him.

In addition to 6 years probation, Silva-Castillo was sentenced to 40 days in the Benton County jail and was ordered to undergo a mental examination. Felony charges related to failure to appear in court were dismissed in exchange for his guilty plea.

Silva-Castillo, 55, was arrested more than 4 years ago in January 2013, after a woman saw him driving his red pickup with a dog being dragged behind at the end of a heavy chain. The caller reported a trail of blood behind the truck. According to a police affidavit, Silva-Castillo had tied a chain around the truck’s hitch and around the neck of his dog, named Lazy, and began driving down the street. After the dog was no longer able to run to keep up, he fell to the ground and was dragged by his neck. Eventually Silva-Castillo stopped the truck and put Lazy in the bed before driving home.

When police arrived, they found Lazy hiding beneath the truck, severely injured. They also noted blood on the driveway and on the grass surrounding Silva-Castillo’s home. Lazy was immediately taken to a veterinarian for emergency treatment and placed in custody of the Rogers Humane Society from where he was later adopted.