A Florida dog owner is desperate for answers after her beloved dog, Blue, was struck by a car and killed just hours after checking in to what was supposed to be a fun and rewarding day at a luxury pet hotel. 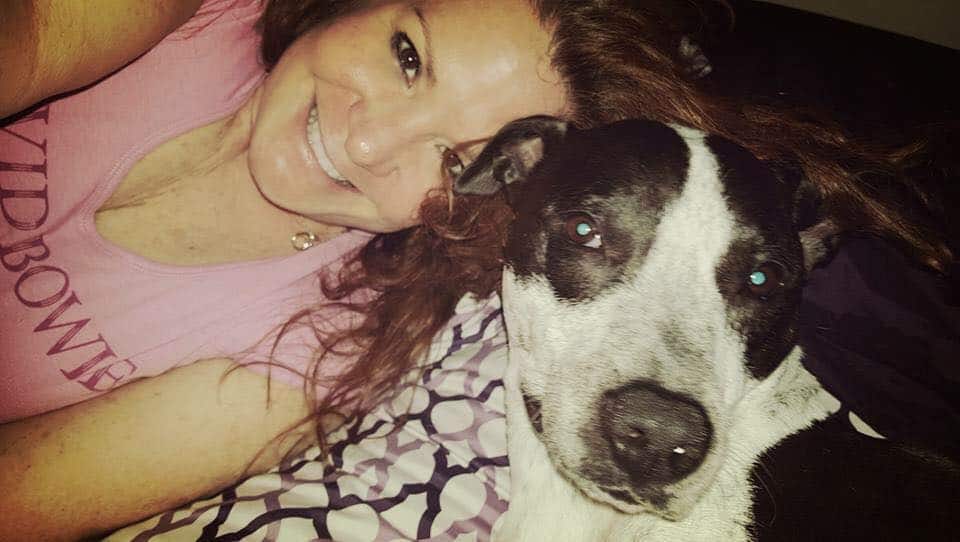 Elke Griffin and her beloved dog, Blue. Image via Facebook/Justice for Blue

While the pet hotel is calling the incident an accident, the dog’s owner says neglect and misconduct led to her dog’s tragic death.

Elke Griffin of Tampa, Florida wanted only the very best for her very best friend, 4-year old Terrier-mix, Blue. So, when an out-of-town trip for her nephew’s first visit to Disney World was planned during a time when her regular in-home petsitter wasn’t available, she researched area pet resorts looking for the perfect place for him to stay.

After hours of researching, scouring online reviews, and reading testimonials from other pet parents, Griffin chose to board Blue at the TyVy Luxury Pet Hotel in Tampa. At TyVy, Blue would be provided around-the-clock care, his own room with a webcam so she could check in on him, an on-staff veterinarian, and safe play in their self-proclaimed state-of-the-art facilities.

That decision would change her life forever.

She dropped Blue off at 7am the morning of her family’s trip to Disney. One hour later, at 8am, Griffin received a voicemail message that the toenails on all four of Blue’s paws were bleeding. On the phone, TyVy explained that Blue must have injured his paws running around the pet hotel’s play yard on the concrete or wood planks. The hotel told her they’d put styptic powder on his nails to stop the bleeding and that he was having fun and doing well. They encouraged her to continue her trip to Disney, to not turn around and pick him up. She was assured that Blue was fine and logged into the pet resort’s webcam to see him resting calmly in his room. 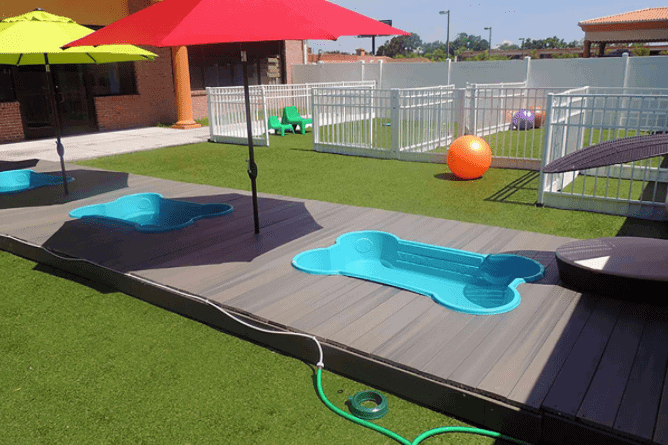 The outdoor DayPlay® area where TyVy Pet Hotel claims Blue ran and played until all 4 paws were bleeding within an hour of arriving. Image credit TyVy.com

Just a few hours later, Griffin received a phone call that would devastate any dog owner.

While standing in line for a ride with her nephew, TyVy called again. Blue was dead.

“Around 2:13pm, I was standing in line with my nephew for a ride and I got a call from a number in Michigan. It was a woman named Lori Weberman telling me something horrible happened to Blue. I lost it. I said ‘with his nails?’

Weberman, a manager at TyVy’s West Bloomfield, Michigan location, told Griffin her beloved boy had been taken off premises for a walk, something she called “an upgrade.” Something that Griffin had never authorized or asked for. It was during this walk that Blue was hit by a car and killed.

Blue had been taken off the premises by an employee without Griffin’s consent or knowledge – something she says she would never have agreed to, particularly since the pet hotel is located on one of the busiest highways in the city. Further, instead of using Blue’s properly fitted, heavy duty harness and leash, the employee used a ragged, fraying slip lead, not clipped to a collar, but wrapped around Blue’s neck and under his arm.

TyVy told Griffin that Blue jerked and broke the lead before running a block away and into 6 lanes of heavy traffic where he was struck by a car. An employee transported Blue’s body to a nearby Blue Pearl Veterinarian. Although Griffin requested a necropsy for her dog, Blue Pearl assured her it wasn’t necessary, but did say it appeared as though his nails had just been cut.

TyVy provided no information about the vehicle that struck Blue, only that the car didn’t stop. They did not file a police report. When Griffin contacted police, she was told there was nothing they could do.

In an interview with WTSP 10 News, the owners of TyVy insisted that they’d called Griffin for consent to walk Blue off the property, a claim that she adamantly denies.

Griffin says the owners of TyVy never apologized, offered condolences, or accepted responsibility for the actions that led to Blue’s death. After she hired an attorney, they, instead, offered a cash settlement in exchange for her to stop posting negative reviews about their company online. She declined their offer, refusing to accept what she considered hush-money.

“I’ve suffered tremendously… nightmares, questions unanswered, the despicable behavior of TyVy. I can’t tell you how this has affected me, only that my heart is shattered. I feel like my boy was treated like trash. He meant the world to me.”

Under current Florida law, if Blue had been a purebred dog, Griffin would have a clear case and would be due damages for his loss. Tampa Senator Dana Young and Representative Jared Moskowitz recently proposed joint legislation that would provide pet owners a path of recourse in the event of the wrongful injury or death of their pet, holding defendants accountable for pain and suffering endured from emotional trauma to pet owners and for the value of the pet. The bill was rejected.

Today, Griffin has started her own petsitting business in Blue’s name, to provide the very best care possible and keep beloved family members out of the hands of these facilities. Still, lost without Blue, she hopes telling his story saves another dog’s life, or gives Blue’s life purpose.

“People said that I saved him. He saved me. And I couldn’t save him when he needed me most. I hurt because I trusted. I just wanted him to have 2 days of pampering, within a day, he was dead.”

Griffin has hired an attorney and filed an official complaint against TyVy. She maintains that she’s not looking for a payout, but wants the pet hotel to be held accountable for their actions. She’s also asking TyVy to pay for a memorial at Blue’s favorite park, where he loved to run and collect baseballs from the bushes, and a significant donation to a no-kill shelter in Blue’s name.

Most of all, Griffin wants to ensure no other dogs are killed at the hands of negligent, dishonest pet hotels that claim to offer the very best in safety and care.

We reached out to TyVy to discuss the events that led to Blue’s death and for comment. They declined.