A Connecticut couple boarded their Chihuahua at a dog day care while they traveled out of state. When they returned to pick him up, the couple were handed an urn containing their dog’s ashes instead.

Ana and Arturo Rodriguez boarded their 9-year old Chihuahua, Peanut, at The Flying Fur Pet Spa & Dog Day Care in Windsor Locks, Connecticut, before flying out of state to care for a sick family member.

The couple told Fox61 they called The Flying Fur to check on Peanut during their trip and were told that “he was fine, getting along with the other dogs.” But, when they returned on July 20 to pick Peanut up from dog day care, they were told he was dead and given an urn containing his ashes instead of their beloved dog.

The facility made the following statement after news of Peanut’s death spread:

“On behalf of the entire Flying Fur family, I would like to address the recent accident that occurred at our facility.

The accident that occurred was not the result of gross negligence, but an isolated accident between 2 boarding/daycare guests, that had previously been playing nicely together. I would also like to clarify the confusion regarding the breed of the other dog involved.

This dog was not a pit bull, as has been reported, but rather a mixed breed dog, that weighs between 25 – 30 lbs. We group our daycare guests together by size and temperament and at no time was there a dog larger than 30lbs in this play group. Additionally, there were no more than 8-10 dogs in that weight group the day this accident occurred.

At my direction, my daughter Alexa took the injured pet to the hospital immediately. He was not presented to the attending veterinarian as a stray dog or as property of The Flying Fur. In fact, his cremation certificate listed his full name. He sustained one fatal bite to the back of his neck and was in no way mauled by the other animal.

As principal owner, it was my decision not to contact his family as it was my understanding they were traveling out of town for personal matters. I thought the news would add stress to what was already a very emotional situation for them. It was also my decision to have him privately cremated and placed in a decorative urn.

That decision was based on my own choice of privately cremating some of my personal beloved pets. In no way was this done to cover-up any evidence of wrongdoing.

We would like to assure our community and our customers, that we are not taking this situation lightly, and we are truly sorry the accident occurred. Since the accident we have adjusted our existing procedures. We believe these steps will further insure the safety of the pets entrusted to us.

The Flying Fur has been in business since 2012. Since our opening, approximately 55,800 pets have passed through our business, and we have never experienced an accident such as this.

We are a proud and active member of the Windsor Locks community. We have deep ties to the town and the area. Windsor Locks has been my home for 30 years & my husband is a lifelong resident. We would like to thank all our loyal customers, family, and friends for their years of continued support of our family-owned business.”

According to the dog’s cremation certificate, Peanut had died and was cremated on July 17, three days before the Rodriguez’s returned to pick him up. They had never been informed of any incident or their dog’s death and were never given any options for handling Peanut’s body. 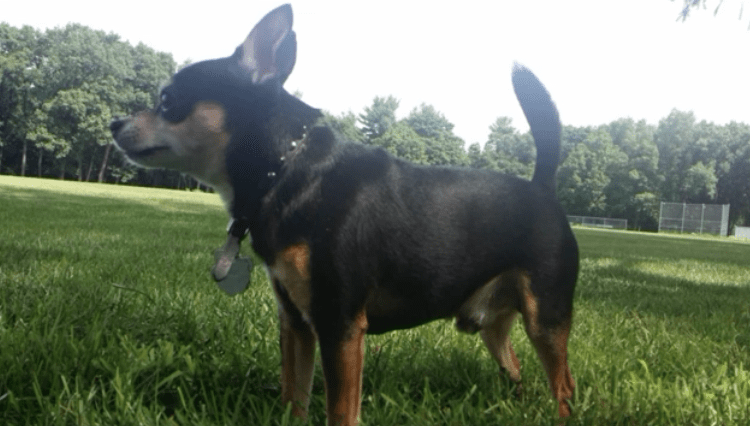 But, the Rodriguez’s believe the dog day care is not being entirely truthful or forthcoming with information about what exactly happened.

“It was offensive that they cremated him and did not tell us about the incident. It leads us to believe that there were underlying reasons why they weren’t telling u about it,” Ana Rodriguez said. A letter from the veterinarian that treated the dog after the incident also described Peanut, a male Chihuahua, as female Jack Russel Terrier.

Heartbroken and furious, the Rodriguez family is turning to their anger into action, advocating to change a Connecticut statute which labels all dogs as personal property. The statute prevents them from being compensated for pain and suffering.

Allegations against The Flying Fur are being investigated by Windsor Locks Police, animal control, and the Connecticut Department of Agriculture. Lieutenant Paul Cherniack of the Windsor Locks Police Department told FOX61, “If something falls under the statute of cruelty to animals we have to look at that and see if these circumstances do apply in the this case. We are keeping everything open.”

Meanwhile, the Flying Fur says they’ve changed procedures to prevent future incidents, but did not explain how.