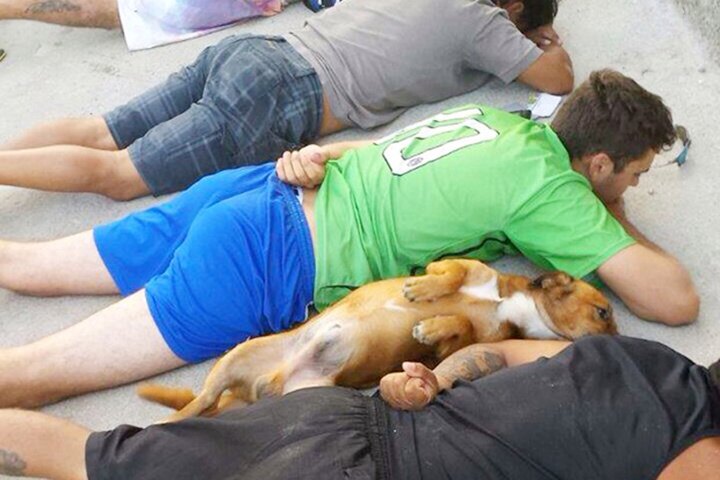 When police in Santa Catarina, Brazil, busted a drug ring, one of the dealer’s dogs made it known he didn’t want any trouble!

“The officers had been observing the gang for some time and when they arrested them they recovered a substantial quantity of marijuana and cocaine, as well as weighing scales, guns and ammunition,” police spokesman Filippo Valdez said, Central European News reported.

“There was a male dog that was barking when officers burst onto the scene but when it saw its owners obeying the command to lie down, it ran over and laid down as well,” he said.

The clever dog’s obedience just might have saved his life! Brazilian police are known to commonly gun down dogs during drug raids such as this one.

The dog was later released without charges. 😉