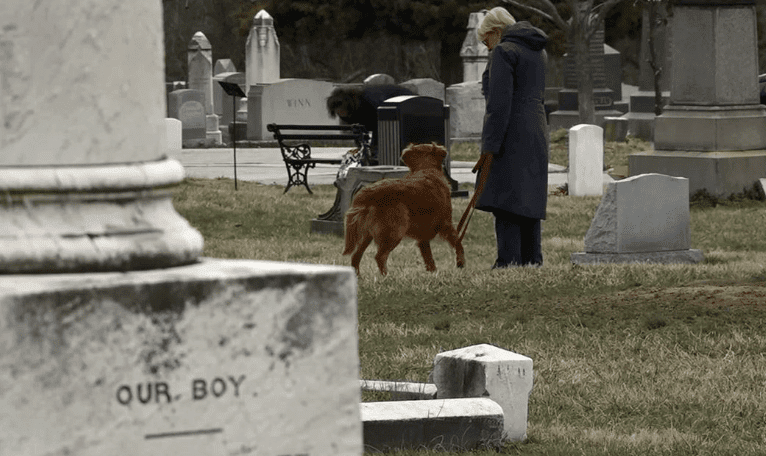 With 35-acres of fenced-in property, rolling grassy hills, paved pathways, and unlimited access year round, dog owners are desperate to join an exclusive D.C. dog park – but this isn’t your typical dog park!

This membership-only, leash-free dog program is located inside the gates of Congressional Cemetery in Southeast Washington D.C.

Launched in the 1970’s, the K9 Corps program began as a way to rebuild and protect what was, at the time, an unkempt and dilapidated cemetery. For an annual membership fee, now $300/year, dog owners were granted full access to the fenced-in property while funds from memberships, “adopting” graves, and donations helped organizers restore the cemetery, honoring some of the historical figures, like FBI director J. Edgar Hoover and D.C. Mayor Marion Barry, that are buried there.

Now a very popular program among D.C. dog owners, a waiting list – which costs $75 to be added to – is about two years long. To avoid overcrowding and preserve the integrity of the cemetery, the program is limited to 600 members and 770 dogs. More than 500 people are currently on the waiting list to join.

Day passes for non-members or those on the waiting list are available at $10/day.

While some have expressed worry that the families of those buried at the Congressional Cemetery wouldn’t appreciate dogs romping across their graves, the opposite is actually true. They appreciate the active community space it creates – as long as everyone picks up after their pooch.