As dog lovers, nothing brings a smile to our face like a dog simply having the time of his life, running free, tail wagging, a great big smile on his face! 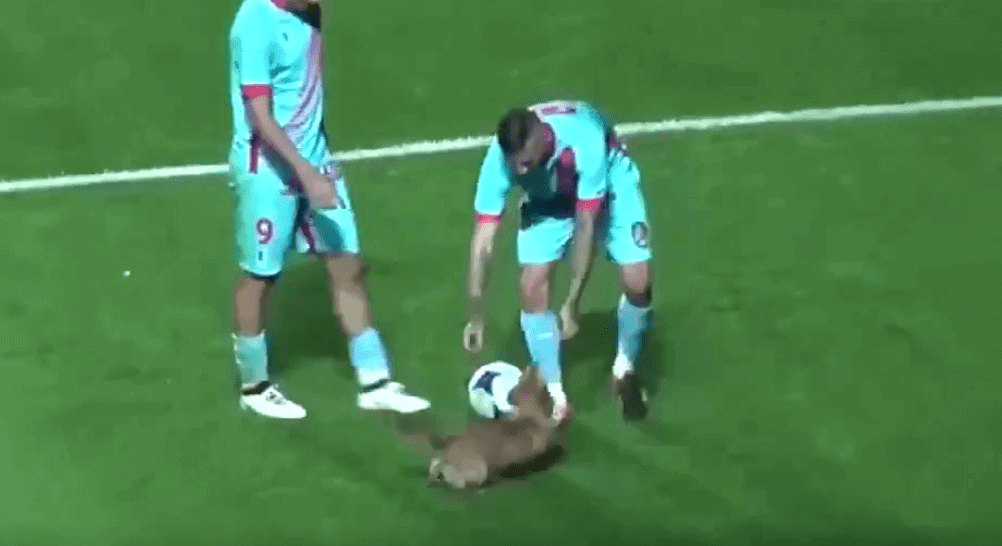 Such was the case during last weekend’s Argentinian Superliga match between San Lorenzo and Arsenal di Sarandi when a loose dog made his way onto the field and absolutely had the most fun ever!

The fútbol-loving pooch was such a hit with game-goers that he even scored his own post-game interview! (He must not have been thrilled with the outcome when he sunk his teeth into the local news station’s microphone!)

We don’t know what we’re enjoying more – the dog playing with the soccer ball, or the players and bystanders fumbling after him – BOL!

There’s just something about the pure joy of a dog interrupting a sports game. We can’t get enough. If you can’t either, check out these hilarious videos, too!

Dog Interrupts Soccer Game, Has the Most Fun Ever!