UPDATE June 20, 2017: Following the investigation and public outcry, Carrefour reached out to us with the following message:

Following your article, Carrefour would like to specify that this is a locally produced product which is sold in only 2 stores in Xuzhou (Jiangsu). We immediately took the items off of the shelves. Carrefour confirms its commitment to ban the sale of dog and cat meat in all its stores.

European supermarket chain, Carrefour, has been caught selling dog meat in at least two of their Chinese stores, despite promises to discontinue selling the products. 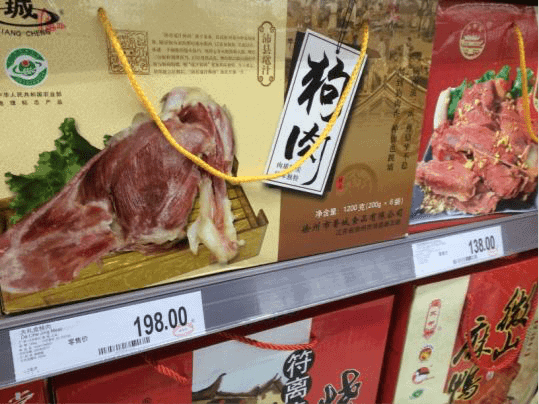 When the French-owned supermarket chain Carrefour – which has over 10,000 stores across Europe – were first informed about the cruelty, criminality and health risks associated with dog meat in 2012, they promised in an email they would cease to profit from the cruelty of the dog meat industry.

Despite Carrefour’s initial assurances, an Animals Asia follow-up investigation in 2016 discovered two branches in the Chinese city of Xuzhou with dog meat products openly on sale.

Emails to Carrefour’s France-based headquarters were left unanswered and another visit to the branches in May 2017 by Ya Dong – a consulting company wholly owned and advised by Animals Asia – revealed the products continued to be sold. 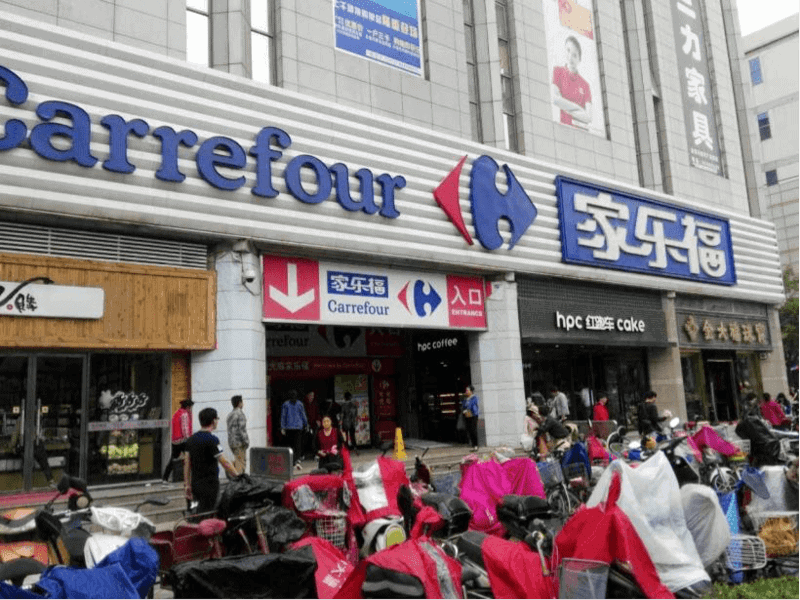 Animals Asia Founder and CEO Jill Robinson MBE said, “it is hugely disappointing to animal lovers around the world that Carrefour is putting profit before the wellbeing of China’s dogs. Our investigations into the industry, which we have shared with Carrefour, reveal illegality, cruelty and public safety concerns at every stage of the dog meat supply chain. Yet they continue to sell dog meat products.

“It is common for the West to criticize China’s cat and dog meat trade, but here is a European supermarket openly profiting from it.

“We have given Carrefour every opportunity to end their association with the cruel dog meat industry, but instead they have continued to profit from this cruelty. It will no doubt be a shock to many of Carrefour’s customers in Europe that the company has expressed such scant regard for animal cruelty concerns.” 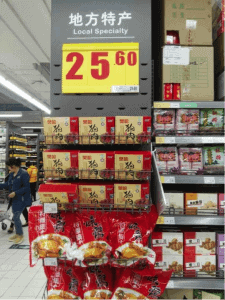 The French-owned supermarket chain not only sells dog meat, but promotes it as a “local specialty”. Image via Animals Asia.

Animals Asia’s Cat and Dog Welfare Director Irene Feng added, “few people in China expect a supermarket to carry dog meat products. Eating dogs and cats is a minority activity which is considered out-dated by the young and middle-class. As other chains have shown, supermarkets do not need to cater to this market.

“The last thing China’s animal protection campaigners need is for a modern, international supermarket chain to normalize cat and dog eating and support an industry rife with cruelty and illegality. It sends entirely the wrong message about the cruelty behind the industry and misreads the direction the country is moving in. From both an ethical and a business standpoint Carrefour’s decision makes no sense and we hope they will think again.”

Media reports estimate up to 10 million dogs are slaughtered annually for meat in China, yet a long-term Animals Asia investigation found no evidence of any so-called farms with large-scale breeding facilities.

The investigation’s findings support long-standing claims that the majority of the dogs slaughtered for their meat are stolen pets and strays snatched from the streets.

Many of these dogs receive no vaccinations or health checks prior to being slaughtered raising fears for public health particularly as many are poisoned with cyanide during capture.

As a result of widespread dog thefts with inadequate police action, ordinary Chinese have taken matters into their own hands with vigilante violence resulting in a number of human deaths every year – while dog snatchers have also been known to kill dog owners trying to save their pets.