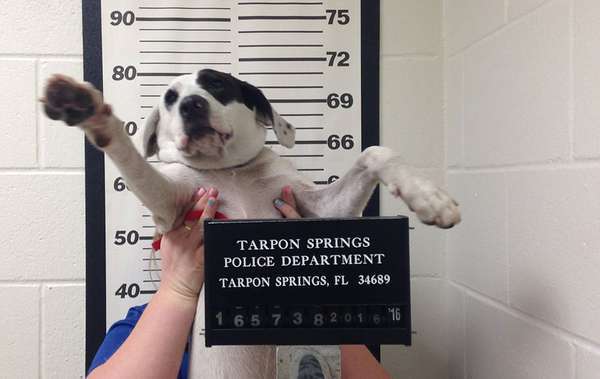 When the Tarpon Springs Police Department was called to a residential neighborhood to pick up a lost dog, she refused to tell officers who she was or where she lived (and she wasn’t wearing any tags), so she was taken to the station and booked.

Following police protocol, the unidentified pup had her mugshot and pawprints taken. 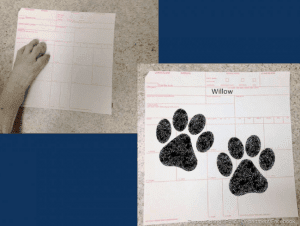 The photos were then posted to Facebook, in hopes of identifying the dog or her family. After spending more than two hours in police custody, an employee from a local rescue center identified her as Willow, a dog that had recently escaped the center. The rescuer “bonded her out” and brought her to a foster family.

“She was very cooperative with officers and probably one of the most friendly prisoners we’ve ever had in custody,” the Tarpon Springs PD said of Willow.

Willow is still looking for a forever home.