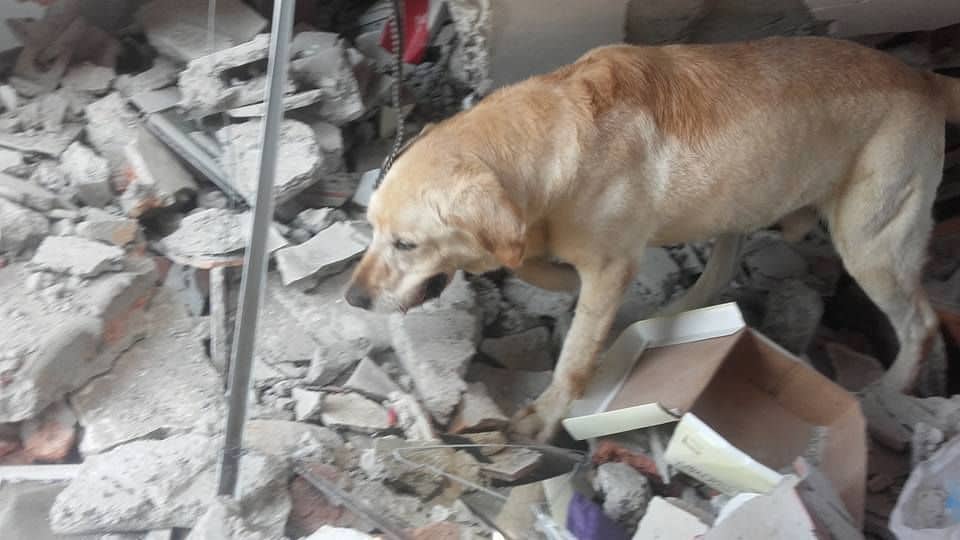 On April 16, a 7.8-magnitude earthquake, the worst in the country’s known history, shook the city of Pedarnales in Equador , leaving more than 650 people dead and over 2,ooo more injured.

Dayko, a friendly, happy, 4-year old rescued Labrador had been assisting in search and rescue efforts with the Fire Department of Ibarra for more than 3 years when he visited Pedarnales after the devastating earthquake.

According to a Facebook post from Ibara Fire service’s Page, the heroic Lab suddenly collapsed during search operations and eventually died from “massive coronary myocardial infarction and acute respiratory failure,” but not before saving the lives of 7 people trapped in the rubble.

“This four legged friend gave his life in the line of duty. Thank you Dayko for your heroic efforts in Pedernales and in various emergencies where you were present,” one of the firefighters said. “You held high the name of the K9 unit.”