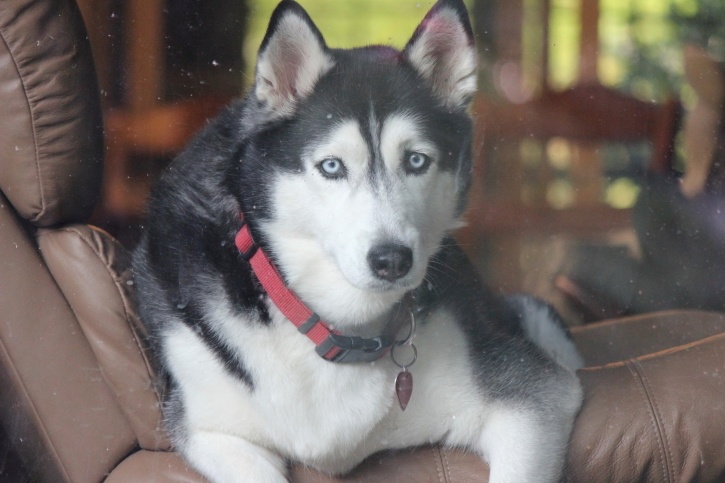 Cindy Farce, 43, from Chicago, Illinois, has told how she began snacking on her Husky, Lucy’s coat as a way of feeling closer to her. But she says she is now addicted to the weird routine, and has to chow down on a hairball at least every two hours.

Cindy explained, “I’ll just clean her shoulders and her ears and the back of her head, and her face. I don’t get as involved as, say, her dog mother would – I’m not licking her butt or in between the paws or anything.”

Cindy considers it a bonding thing and says she and Lucy both seem to enjoy it.

She said, “Just chewing it is relaxing, it’s a comforting feeling. Her fur is such an interesting texture, it’s so soft and fluffy, and like cotton candy, almost. And I love cotton candy! In fact, they should make dog hair flavored cotton candy!”

Cindy told us sometimes Lucy’s hairs do get stuck in her teeth, but she can just get them out with flossing and brushing.

Lisa’s family have told how they were stunned when they learned of her odd habit, with sister Anna saying: “It is strange. I don’t think she should be eating dog fur. That can’t be good for her.”

But she shows no signs of stopping, saying: “I’ll look at it and make sure it’s relatively clean. I wash my dog every week, just in case she gets dirt in her fur. Then I’ll chew up it a little bit, and then take it out and maybe roll the hairball around in my fingers a little bit, and then put it back in my  mouth.”

The Dogington Post is serious about dogs, but we like to have a little fun, too! This article has been fabricated by the editors of this site. Happy April Fool’s Day!