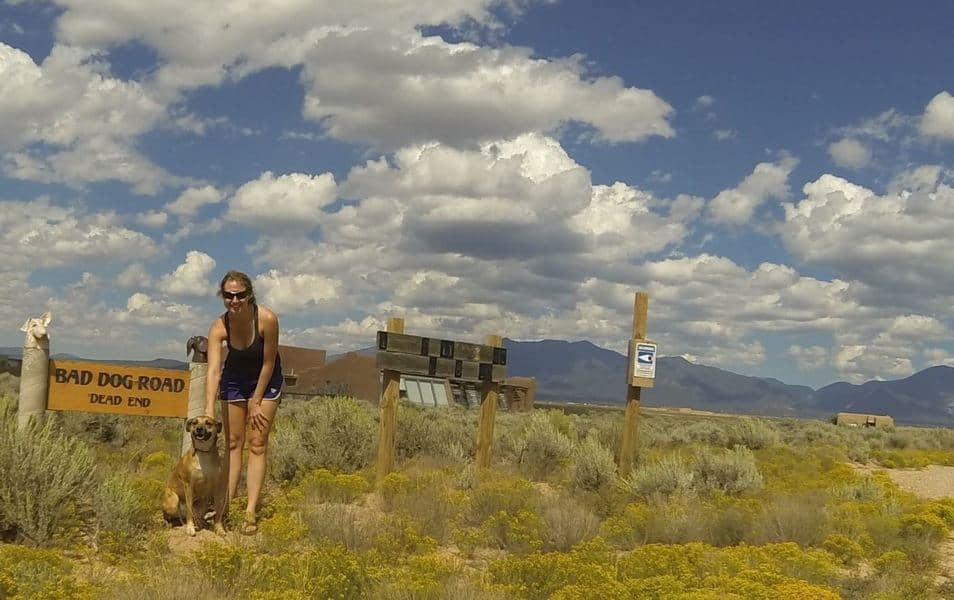 I’ve spent hundreds of dollars, countless hours and most of my sanity attempting to train my pooches to be “good dogs.”

I am aware of the stares when my 40-pound whippet mix Rosie lunges and barks. I can feel the judgment in the air. And it really bothers me.

I adopted Rosie as a 5-month-old puppy. I remember sitting in the waiting area at Albuquerque’s Animal Humane shelter, anticipating meeting the adorable puppy I had seen on their website. I waited perhaps 15 minutes, when finally the shelter worker entered the kennel with Rosie in tow. She said that it took awhile to wrangle Rosie (at the time named Saphira) because she was so terrified of the leash. Rosie immediately jumped on my lap and started licking my face. Later, I learned from another employee that this timid dog had not reacted like this to anyone else. Why did this shy dog feel comfortable with me? Probably because I sat in a chair and ignored her until she approached me, but who really knows. She’s stayed pretty close to me ever since, using me and my older dog Daisy as a shield from the world.

During the first few months with Rosie I felt like I had adopted a child. She was very needy. She displayed fear aggression. The barking was non stop. She hated cats. She loved to boss other dogs around. I cried several times, thinking I just could not handle this fearful, yet strong-willed dog. When she was 6 months old, I took her to the dog park for the first time. She weighed about 25 pounds, but had the attitude of a much larger dog. She stood her ground with a full-grown German shepherd. She also tried to break up a pitbull/mastiff play session (which almost resulted in a fight).

“So, she is a bit of a fireball,” you’re thinking. Yes, but it’s a bit more complicated than that.

During this time I also enrolled Rosie in puppy kindergarten. The first few classes revealed a terrified puppy who was trying to overcompensate for her fears. Eventually, we overcame many of Rosie’s insecurities over the course of two obedience classes and several agility courses, but the core problem remained. She was now accustomed to the dogs and people at agility. All other dogs and people (and cats and roadrunners and squirrels) were enemies. Lunging and barking (followed by hiding behind me) ensued. And her unstable behavior began having an effect on my calm, older Labrador mix, Daisy. In fact, it appeared that Rosie was purposely instigating fights because she knew her big sister Daisy could hold her ground. So now I had two dogs that I couldn’t handle.

I enlisted the help of a professional dog trainer, who gave me two pinch collars. I didn’t really like the collars, but the trainer placed one around my wrist and pulled to demonstrate the sensation the dog received. This placated me a bit – it really was just a pinch. The collars worked well, but after awhile I was tired of having somewhat draconian looking devices around my dogs’ necks. My dogs were mostly good except when they were bad, anyway. And they had tons of training.

Which brings me to Labor Day 2016. My boyfriend and I hiked to a popular hot spring in northern New Mexico with my two dogs and his elderly pitbull. Little did I know that this hot spring would be teeming with dogs of all sizes and temperaments. Rosie barked at several dogs, lunged at another, and then barked and lunged at a woman who dared approach us. I was uncomfortable and embarrassed. I knew that Rosie could sometimes be a little barky, but overall, she has calmed down a lot in her five years, and she certainly doesn’t normally bark at people anymore. I tugged on their leashes a bit to control the barking and pulling, but I knew that the dozen or so people lounging beside the river and in the hot springs were judging me with all their might. Later, we went to a brewery (also dog city). Rosie barked at every dog who entered the room. Daisy, empowered by Rosie’s barking, joined in and lunged at a large dog, almost knocking a chair over in the process. I saw a woman at a nearby table roll her eyes and whisper something to her partner. She was no doubt judging me too.

I left the brewery tired, frustrated and embarrassed. “Why can’t I just have normal dogs?” I thought to myself. I even felt like I had to justify myself to my boyfriend, who noted how well behaved all the other dogs were. “I’ve sent them to several training classes.” “They’re tired.” “There are too many dogs here.” “They’re overstimulated.”

“So, what is this crazy dog lady trying to get at?” you say.  That I’m not the terrible dog owner you think I am, so please stop judging me when you see me and people like me (who are truly trying and failing with their dogs). My dogs aren’t perfect, but that doesn’t mean I haven’t worked really, really hard and done the best I could. And it doesn’t mean that my dogs are bad, either. Some dogs just come with baggage. And some dogs come with lots of baggage. 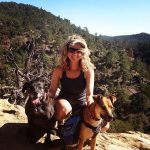 Tina is an Albuquerque-based writer specializing in dogs, wildlife and conservation. She loves hiking with her dogs Daisy and Rosie throughout New Mexico and beyond, and participates in canine agility with them. Daisy is addicted to tennis balls and Rosie responds to commands in three languages: English, Spanish and German. Tina blogs about dogs and wildlife at 21Pupstreet.com.

Related Items:featured, life with dogs, my dogs aren't perfect, my dogs have issues