An Ohio man has no regrets, despite being charged with criminal damaging property, after breaking a window to rescue two dogs trapped inside a hot car. 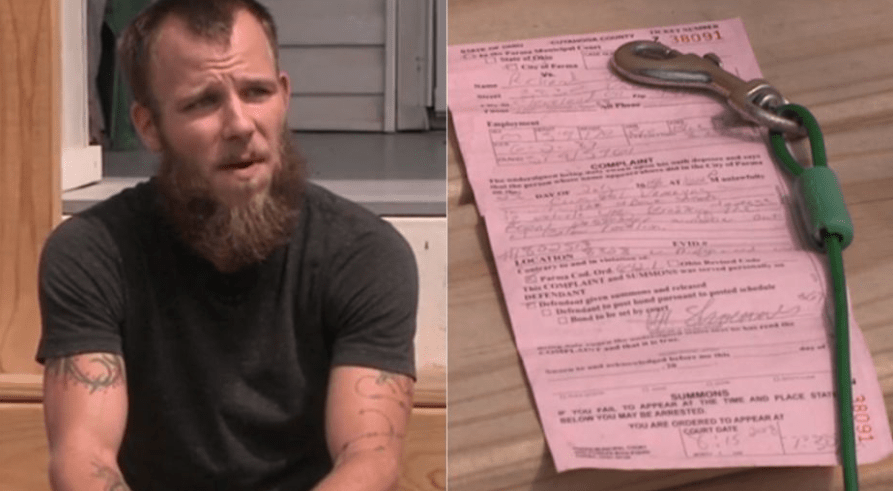 Richard Hill was walking through the Parma, Ohio Walmart parking lot when he noticed people had gathered around a parked car with the car’s alarm going off. When he approached, he saw that two dogs were locked inside.

Worried for the puppy laying motionless in the car, Hill decided to take matters into his own hands, despite learning that police were on the way.

“I wanted to get that puppy out of there and make sure that he was okay,” Hill told Fox8. “So at that point I decided to grab a hammer and went ahead and broke the window.”

Hill explained that he’d noticed the car alarm going off when he arrived at the store but didn’t pay much attention. But, after exiting the Walmart about a half hour later, the car alarm was still on and a small group had gathered. That’s when he learned there were dogs trapped inside.

He says he went inside and asked Walmart employees to make an announcement while another bystander called 911. Although police were already on their way, Hill was concerned for the motionless puppy and used a hammer to break the window.

When police arrived only a few minutes later, they charged Hill with criminal damaging.

“The temperature that day was about 78-degrees,” said Sgt. Dan Ciryak. “So we don’t condone leaving dogs in hot cars but what’s reasonable and not unreasonable?” He went on to explain that the dogs’ owner had only gone inside the store for one item and “it’s not like she came out with a full cart of items.”

According to the American Veterinary Medical Foundation, the cabin of a car sitting in 78 degree temperatures can heat up to over 100 degrees in less than 20 minutes.

The dogs’ owner, Carly Hartman, had left the sunroof and two windows cracked and says she was only in the store for about 15 minutes.

Ohio does have good Samaritan laws that protect people that break into vehicles to rescue animals against charges and litigation. Ohio’s hot car law does not require citizens to wait for police instruction to break a window. They must first call 911, check to see if the doors are locked, and if they feel it is an emergency.

Hill plans to fight the charges in court on August 15 and says, without a doubt, he’d do it again.

“I didn’t know how long it was going to be for [police] to get here, and I truly felt that the puppy needed out,” Hill told Cleveland.com. “I’ve had to wait for police before and know that it can take 15, 20 minutes, or more than half an hour.”

Do you side with Hill in this case? Check your own state’s hot car laws here.