A Portland woman didn’t hesitate to smash a car window to save a dog trapped inside and showing signs of serious distress. 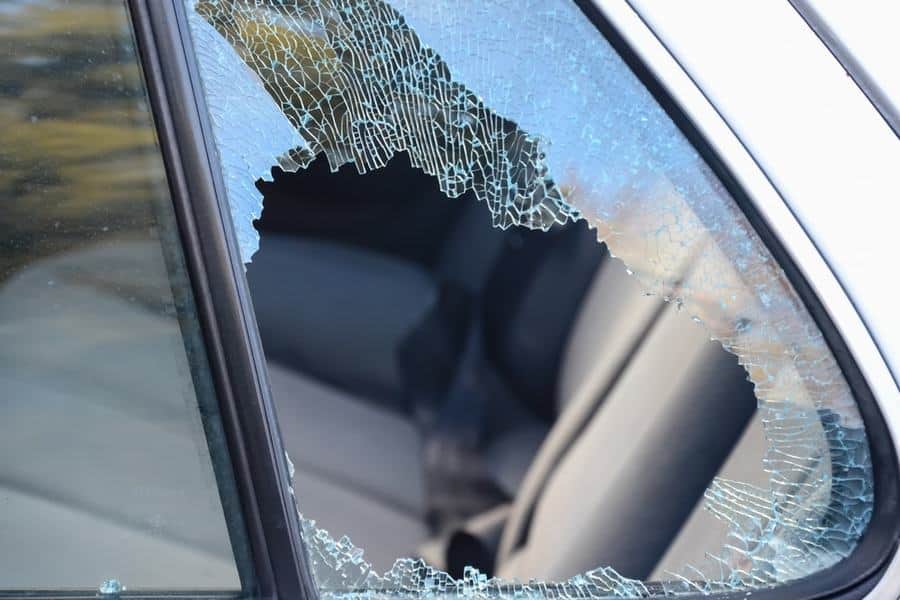 The temperatures in Portland, Oregon on Friday afternoon were between 85 and 90 degrees, far too warm for a tiny dog trapped inside a crate and left alone in a locked car with all the windows rolled up.

Luckily for the Pomeranian-mix, Portland dog-lover, Shawna Harch was in the right place and the right time – and wasn’t afraid to do what she needed to save his life.

Harch was at a parking meter waiting for her receipt to print when she heard barking coming from a car parked nearby. Having spent some time working in an animal hospital, she knew just how dangerous heat can be for dogs.

When she approached the black Mercedes and looked in the window, her heart sank. Inside, a small dog was showing signs of distress. And, the parking receipt on the dash was paid up for another two hours.

Harch tried to find the owner of the car and the dog with no luck. She contacted police who said they’d send an officer out, but that it could be a while. She tried hitting and shaking the car to set off the alarm, in hopes it would alert the owner. No luck.

So, when the dog stopped barking and began panting, pressing his body against the back of his crate, she knew she had to take action.

Using the jack from her own car, she smashed the window and freed the dog.

Soon after, the dog’s owners, two young men about 17 or 18 years old, came out of the nearby apartment building. Harch said in a blog post about the events that day that the men seemed shocked, that they thought cracking the moon roof would provide enough ventilation for the dog.

Surprisingly, they then thanked her for her actions.

Luckily for Harch, and for other Oregon dogs, a law was passed just one day prior that granted citizens the right to break into vehicles to save dogs in distress without facing criminal charges.

To others that may encounter a similar situation, Harch said, “be brave and do the right thing.”