Two Chicago police officers were hospitalized Monday night after a third officer shot at a dog and bullet fragments from the shot ricocheted, hitting them. 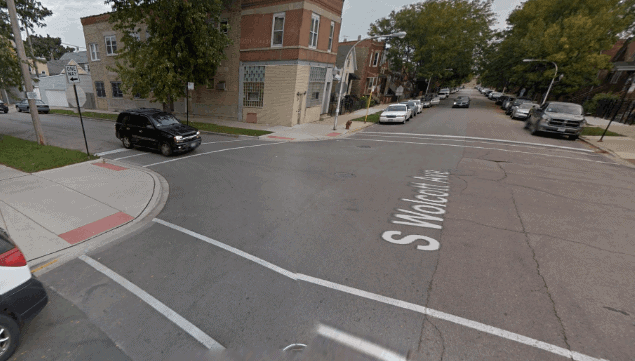 Police said the officers were patrolling the area when they were charged by what they described as a “vicious” dog. One officer fired shots at the dog which either ricocheted or fragmented, hitting the other two officers.

In a call to police dispatch, one officer says, “Yeah. The officer had to shoot a dog and me and another officer got ricocheted. A little blood, but we’re ok.”

Both officers are in good condition, but were taken to local hospitals with non-life-threatening injuries.

The Chicago Police Department is describing what happened as an accident. The dog did not survive.

Every year, somewhere between several hundred and several thousand dogs are killed by police. However, because these incidents are often under-reported, kept quiet, go un-penalized , and because a central database does not exist to track them, an accurate number is impossible to establish.

Laurel Matthews, a supervisory program specialist with the Department of Justice’s Community Oriented Policing Services (DOJ COPS) office, estimates that 25 to 30 pet dogs are killed each day by law enforcement officers leading many agencies and animal advocates to push for mandatory police training in dog encounters.

At this time, it is unknown if the dog that was killed was a family pet or stray.

Please check back for updates to this developing story.