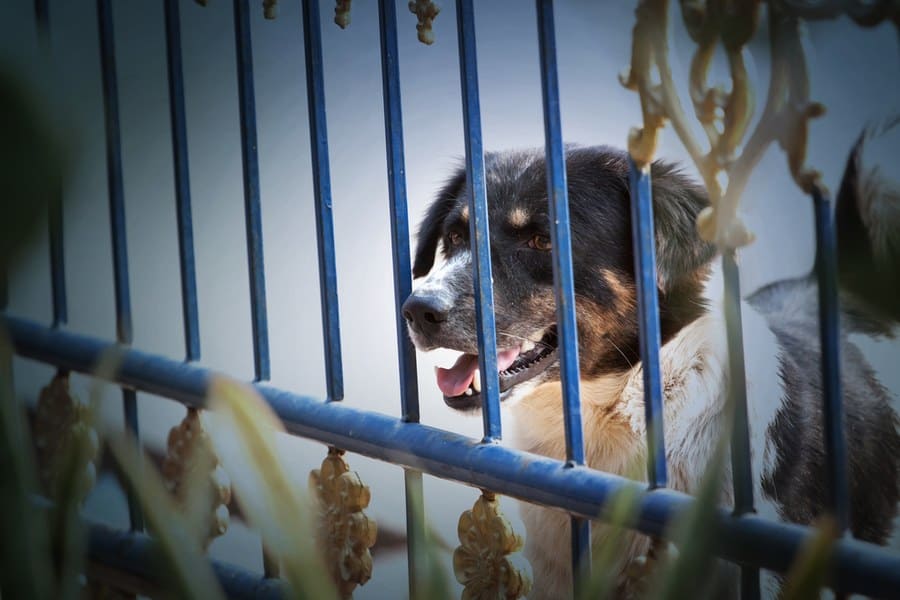 Are most dog shootings justifiable? Consider these examples, compiled by The Huffington Post:

Spike, a 70-pound pit bull, was shot by NYPD police when they encountered him in the hallway of an apartment building in the Bronx. Surveillance footage shows the dog, tail wagging, right before an officer shot him in the head at pointblank range.

Arzy, a 14-month-old Newfoundland, Labrador and golden retriever mix, was shot between the eyes by a Louisiana police officer. The dog had been secured on a four-foot leash at the time he was shot. An independent witness testified that the dog never gave the officer any provocation to shoot him. 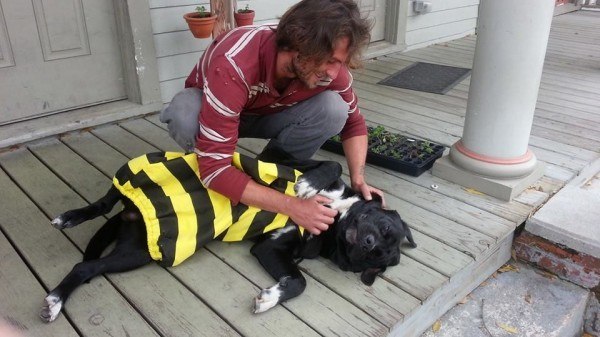 Brandon Carpenter, seen here playing with his dog, Arzy, was appraoched by Louisiana State Police when he and his dog climbed into the back of a box truck to escape the rain. Arzy was tied by a 4′ leash to a fence when police shot and killed him.

Seven, a St. Bernard, was shot repeatedly by Connecticut police in the presence of the dog’s 12-year-old owner. Police, investigating an erroneous tip, had entered the property—without a warrant—where the dog and her owner had been playing in the backyard, causing the dog to give chase.

Dutchess, a 2-year-old rescue dog, was shot three times by Florida police as she ran out her front door. The officer had been approaching the house to inform the residents that their car door was open when the dog bounded, tail wagging happily, out to greet him.

Gillian Palacios embraces her dog Duchess as she lay dying in front of the Palacios’ home after being shot by police, her tail still wagging.

Yanna, a 10-year-old boxer, was shot three times by Georgia police after they mistakenly entered the wrong home and opened fire, killing the dog, shooting the homeowner in the leg and wounding an investigating officer. 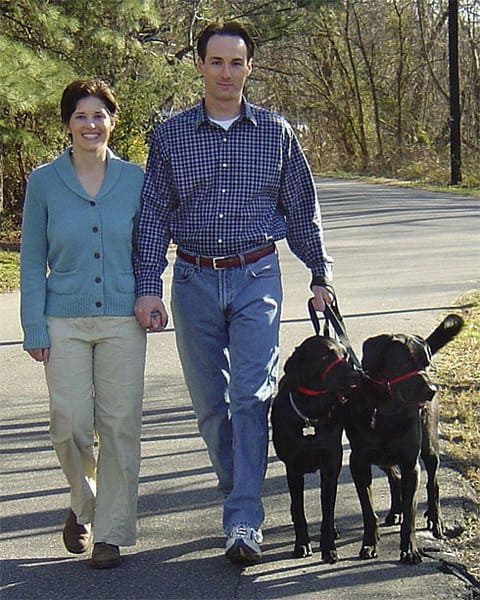 Payton, a 7-year-old black Labrador retriever, and 4-year-old Chase, also a black Lab, were shot and killed after a SWAT team mistakenly raided the mayor’s home while searching for drugs. Police shot Payton four times. Chase was shot twice, once from behind as he ran away. Mayor Cheye Calvo was handcuffed and interrogated for hours—wearing only underwear and socks—surrounded by the dogs’ carcasses and pools of the dogs’ blood.

In another instance, a Missouri SWAT team raided a family home, killing a 4-year-old pit bull Kiya. Believe it or not, this time the SWAT raid wasn’t in pursuit of drugs, mistaken or otherwise, but was intended “to check if [the] home had electricity and natural gas service.”

So, what can be done?

In the body language section of the “Police & Dog Encounters” videos, dog trainer and author Brian Kilcommons works with four Chicago PD officers on how to approach dogs that are not very happy about having strangers in their territory. “Dogs don’t lie,” Kilcommons says on the video. “They tell you what they are thinking.”

But, an officer needs to know how to listen to what a dog is saying by understanding the basic body language that’s consistent across all dogs, regardless of breed or size.

In addition to teaching body language, police need to be able to recognize that a dog could be present to begin with. Officers about to enter a property should check for signs of a dog on that property. They should notice things like “Beware of Dog” signs, worn running paths next to the fence, dog leads, dog toys, food dishes, and water bowls and take appropriate steps to ensure both their own safety and that of the animal.

Kilcommons says officers have to remember they are entering the dog’s territory and the dog’s job is to defend that territory. A dog doesn’t see an officer in uniform and think, “that’s an authority figure, I should go sit quietly out of their way.” A dog only sees a stranger, a potential threat – or, in many cases, a potential friend that will pet them – and acts accordingly. “It’s the officer’s body language that sets most dogs off,” Kilcommons explained. “Police are taught to take control, be assertive, and stand there and be ready. And the more you push like that, the more you stare at the dog, the worse it gets.”

But, in order for the videos to be effective, they must be watched. Only a small handful of states require mandatory dog behavior and encounter training for officers. They are Texas, Tennessee, Illinois, Colorado, and Ohio. Outside of those states, some departments have begun providing dog encounter training to officers, taking a major step in the right direction of serving and protecting all citizens, including those on four legs.

So, what can dog owners do to protect their dogs? CLICK NEXT