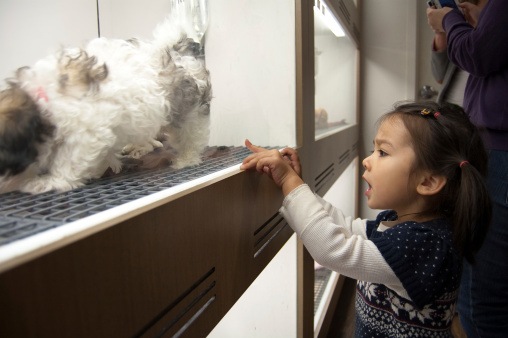 Following in the highly successful footsteps of 31 cities across the state, including Los Angeles, San Diego, and, most recently, San Francisco, California lawmakers are proposing a bill that would ban the sale of non-rescued dogs and cats in retail stores statewide.

Bill 485, commonly known as the Pet Rescue & Adoption Act, seeks to make it unlawful for retail stores to sell dogs, cats, or rabbits unless the animal was obtained from a public animal control agency or shelter, SPCA shelter, Humane Society Shelter, or other 501(c)(3) rescue organization.

The bill, which was designed to target puppy mills and backyard breeders, and also to cut down on the vast number of animals that are euthanized in California shelters every year, promises to deliver a blow to the puppy mill industry based on huge success in Los Angeles.

“L.A.’s 2012 ordinance to prohibit pet stores from selling dogs, cats, and rabbits that do not come from shelters or rescues has struck a blow against the puppy mill industry.  We believe it is also increasing pet adoptions at our local shelters, which means pet shops are becoming a part of the solution, not the problem, in combating pet overpopulation,” said Los Angeles City Council Member Paul Koretz.

Under the new law, individuals could still buy animals from licensed breeders, but retails shops could not sell them – they are only permitted to adopt out animals that come from shelters, Humane Societies and registered rescue groups.

Animal advocate Nathan Winograd explained, “the goal of the bill is not only to increase the number of rescued animals in need of homes who find them, but to strike to the heart of so much animal suffering: their commodification. When there is profit to be made on the backs of animals, history shows that those backs are often strained and broken. Commercial breeding mills fuel inbreeding, provide minimal to no veterinary care, lack of adequate food and shelter, lack of human socialization, overcrowded cages, and cause neglect, abuse, and the killing of animals when they are no longer profitable. If it passes, it will be a major victory everywhere. As California goes, so eventually goes the nation.”

If you live in California, please contact your legislators and urge them to cosponsor and vote Yes on AB 485: http://findyourrep.legislature.ca.gov/

You can see a full list of cities with active bans right here.

Would you welcome this same legislation in your own city or state? Please weigh in with a comment below!