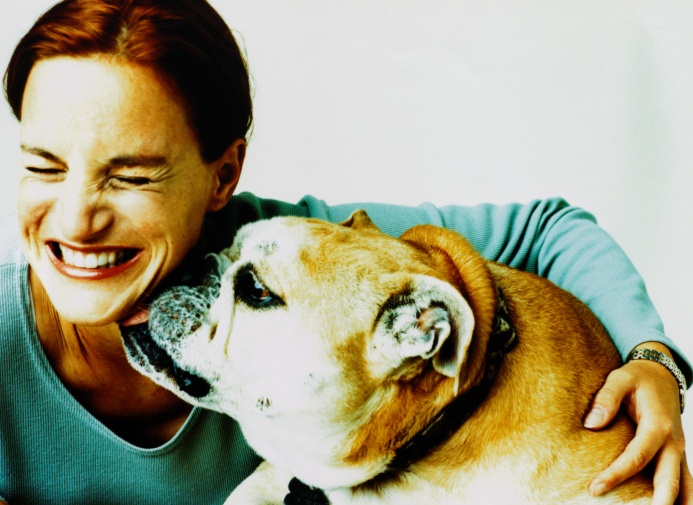 Ok, so it’s not the kisses so much as it is the dog’s saliva, but what better way to deliver a dog’s healthy, allergy-easing oral bacteria than with a kiss, right?

An upcoming study by the University of Arizona will determine if a bacteria found in dog saliva can actually lessen a human’s reaction – like sneezing, itching, hives, and other immune responses – to allergens.

The study will pair several people between the ages of 50 and 60 with dogs, then monitor each individual’s immune response over the course of the 12-week study.

The study’s lead researcher, professor of psychiatry at the University of Arizona, Dr. Charles Raison, hypothesized that a dog’s saliva (delivered via their kisses) could act as a “probiotic,” helping to build healthy bacteria colonies in the human.

Earlier studies have proven that infants born into households with dogs are less likely to develop childhood allergies and asthma. Dr. Donna Hummell, a clinical director of Pediatric Allergy and Immunology at Vanderbilt University hopes this new study will explain what is happening on a bacterial level between dogs and their humans that is contributing to so many health benefits.

“Dogs spread their bacteria around more than cats do, particularly because dogs like to lick things and lick people and lick themselves in the process,” Hummell explained to ABC News. She said it could explain “what is happening with bacteria when [people are] living with an animal.”

While the study is underway, may as well get in as many of those fuzzy-lipped sloppy dog kisses as possible!