A Texas judge has ordered that Annabelle, an 8-week old puppy left trapped in a hot car last week be returned to her abusive owner. 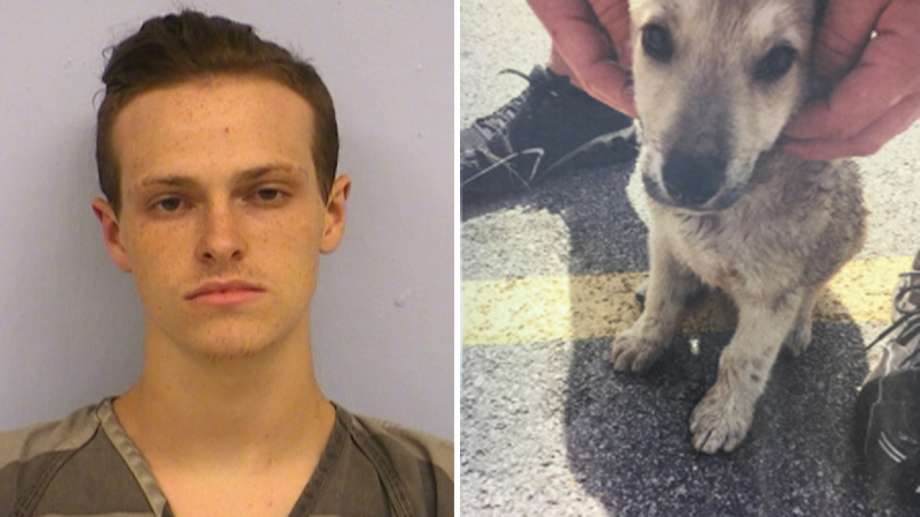 Last week, Manor, Texas police officers rescued a tiny 8-week old pup from inside a sweltering hot car parked outside a Walmart where she’d been trapped for at least 30 minutes because her owner “didn’t want to waste gas.”

It was about 4:00pm on Saturday when a good Samaritan spotted an 8-week old puppy locked inside a car parked outside the Manor, Texas Walmart store and contacted police.

According to a Manor Police Department report, when officers arrived, they discovered the puppy in distress, crying, panting, and trying to find shade beneath a rear passenger seat inside the Ford Focus. All four windows were rolled up and the sunroof was slightly opened.

Temperatures outside at the time were around 100-degrees. It was much hotter inside the vehicle.

As seen in the dashcam video below, officers reached through the partially opened sunroof with a tire iron to press the doors unlocked and rescue the struggling dog.

In addition to suffering from the extreme heat, officers said the was puppy infested with fleas, had several lesions, and appeared to be in poor condition.

The dog’s owner, 20-year old Chandler Bullen, returned to his vehicle as officers were providing the puppy with water and trying to cool her off.

He told police that he’d been shopping inside the Walmart store for about 30-minutes. He explained that he’d left his dog, an 8-week old Shepherd-mix named Annabelle, in the car because he didn’t want to waste his gas to either drive the pup home or leave the vehicle and air conditioner running.

“The officers just spoke with him and asked him why, you know, they left the animal in there with the windows up and the extreme heat,” Manor Police Sgt. Randall Anderson told KXAN. “And his reaction was, basically, he didn’t want to waste gas.”

Bullen was arrested on a single charge of Cruelty to Non-Livestock Animals, a Class A Misdemeanor, after he “knowingly and intentionally failed unreasonably to provide necessary shelter and water for an animal in his custody.”

In a hearing on Thursday, a Manor Municipal Court judge ruled that Bullen could have 8-week-old Annabelle back, despite facing an animal cruelty charge.

Since last Saturday when she was rescued, Annabelle has been at the Austin Animal Center for treatment. She will be released to Cullen when he pays fees totaling around $200.

Bullen will also have to appear in court in 30 days along with Annabelle and proof that the dog has been to a veterinarian.

Do you think Annabelle should have been returned to her abusive owner? Weigh in with a comment below.