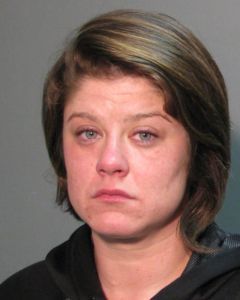 A woman caught on tape violently throwing her Pug to the ground was finally arrested Wednesday and is now facing felony animal cruelty charges.

The public became outraged earlier this week when the woman, 31-year old Brandi Chin of Fairfield, California, was found and questioned by Fairfield Police who took custody of Benny the Pug only to return him to Chin after a veterinarian determined that he was uninjured and in good health.

Fairfield Police forwarded the case to the Solano County District Attorney’s office who reviewed the case and arrested Chin.

Authorities took possession of Benny. He will remain in the care of Humane Animal Services until the felony animal abuse case concludes, after which a decision will be made on whether to place him for adoption or return him to his owner.

Chin, who has quite the arrest record, is listed in more than 20 other Solano County Superior Court cases, including making criminal threats.