An Ohio woman is facing up to 3 months in jail for abandoning her 15-year old, blind, deaf, and severely neglected Pug in a box in a Walmart parking lot. 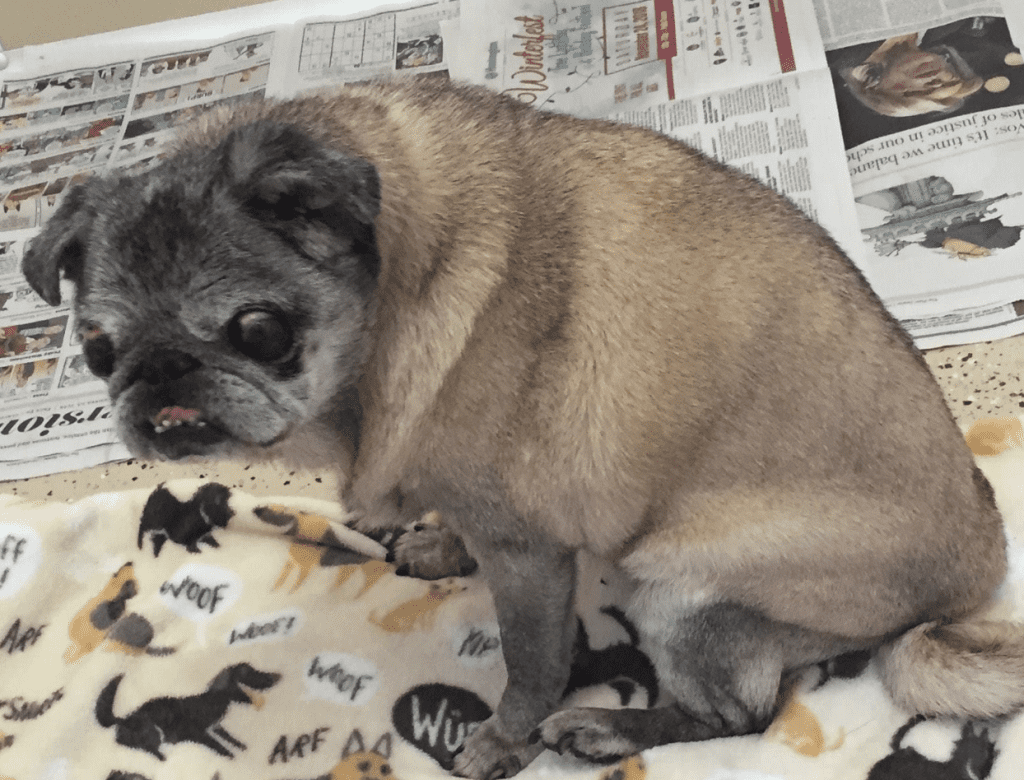 The Medina County Society for the Prevention of Cruelty to Animals rescued a 15-year old Pug, after Medina Police found the senior dog abandoned inside a box near a clothing donation bin in a Walmart parking lot last November. The shelter named her Agnes.

Agnes’ owner, Rita Swartz, abandoned the dog when she was no longer able to care for her. Swartz told police she’d reached out to several shelters to take her, but no one would help.

However, the Medina County SPCA, who stepped in to save Agnes, said they were never contacted by the woman.

52-Year old Swartz was charged with abandoning animals, a second-degree misdemeanor that’s punishable by up to 90 days in jail, and up to a $750 fine.

Agnes is blind and deaf, had a double ear infection, and one eye on the verge of rupturing, and a mouth full of rotting teeth, the SPCA told Fox8. The SPCA treated her as best they could, but worried that she wouldn’t survive the surgeries needed to repair her eye and teeth.

She was placed with a foster family who ultimately adopted her, vowing to make her last days, weeks, or months, as comfortable as possible.

Rita Swartz is scheduled for sentencing on January 30. The SPCA, and everyone who has followed Agnes’ journey hopes that she faces the fullest sentence allowable by law.