Most pet owners know chocolate and dogs don’t mix. Despite this, chocolate poisoning in dogs remains a problem, particularly at Christmas, as a new study in the journal Vet Record shows. 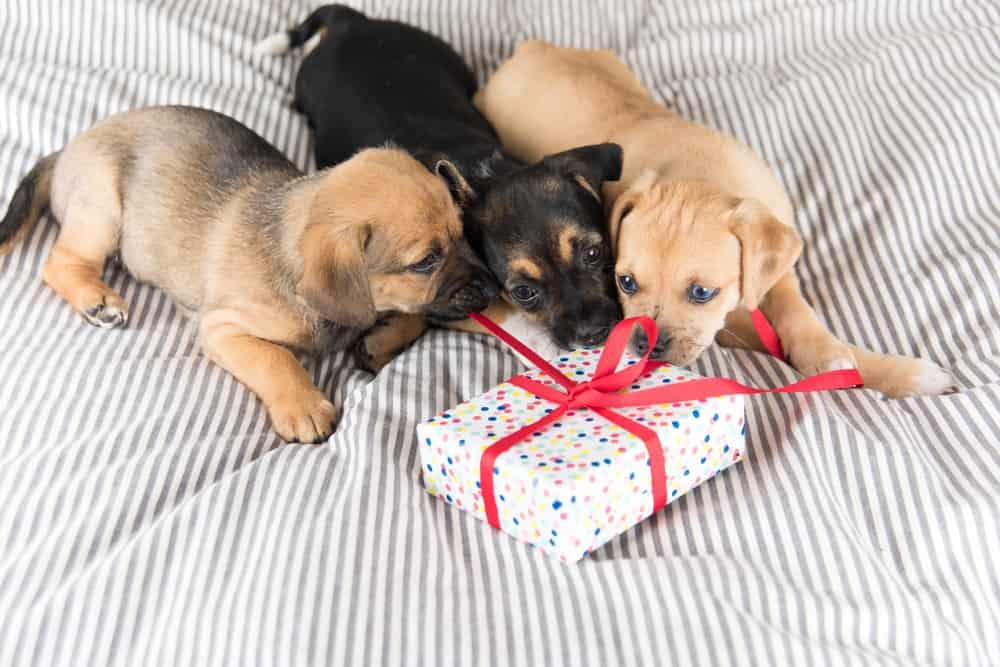 Chocolate and cocoa are products of cacao beans (Theobroma cacao) after they are fermented, roasted, shelled and ground. Chocolate contains two ingredients potentially lethal to dogs – theobromine and caffeine.

There is 1-9 milligrams of theobromine per gram of chocolate, with higher levels in darker chocolate. White chocolate has zero risk of toxicity.

How much chocolate makes dogs sick?

A few years ago, my best friend’s dog, a dachshund, ate cake decorating chocolate stored in her spare room. How she managed to jump up onto the bed to get it remains a mystery. Dogs will find chocolate even if you think they can’t.

Luckily in this case, her dog vomited a large part of the chocolate before it could cause problems (although not so lucky for the cream carpet) and she was OK.

What are the signs your dog has eaten chocolate?

One of the first signs to look for if you suspect your dog has eaten chocolate is restlessness and hyperactivity. Caffeine is absorbed ten times faster than theobromine, which takes up to ten hours to peak. Signs are usually seen two to four hours after eating the chocolate and can last up to 72 hours.

Vomiting, diarrhoea, muscle tremors/shaking and hyperthermia (high body temperature) can occur at toxic levels. Your dog might seek out cooler places, although will be unlikely to settle anywhere. The hyperthermia causes panting, the main way dogs lose body heat.

In more serious toxicity, it may cause muscle rigidity (stiffness), ataxia (uncoordinated movement), seizures and coma. Death results from problems with heart rhythm or failure of the respiratory system.

Theobromine causes increased increased levels of cyclic adenosine monophosphate (cAMP), an important chemical messenger in the cell. Theobromine and caffeine also increase the release of adrenalin, and affect the calcium flow in and out of the cell. This increases muscle contractions.

When combined, all of these biochemical changes stimulate the central nervous system and the heart muscle. Other types of muscles in the rest of the body called smooth muscles relax, which can cause respiratory problems and increased urination.

Why do so many dogs manage to eat chocolate?

The first reason is dogs like sweet things, unlike cats who lack the taste receptor for sweet.

The second is we underestimate the motivation and sense of smell of dogs. They can smell chocolate a mile away.

Once we had a family Christmas in a local park, and while I was unwrapping a present my Labrador swept past and grabbed the parcel. I didn’t know there was chocolate in it but she did! Twenty of us ran after her screaming “Don’t eat it!” but by the time I caught her all I got was the paper. Luckily there wasn’t enough chocolate to hurt her.

Remember, chocolate is potentially lethal to our best friend, so put it somewhere impossible to reach. A closed cupboard will be safer than somewhere a motivated dog can jump.

The problem at Christmas time is that everything is so hectic we forget or don’t notice. If you have a dog, educate everybody you know on the risks of chocolate and keeping it out of their reach. If you have young children, you will need to keep a close eye on them as they won’t understand and love to feed dogs – children and dogs should always be closely supervised anyway.

In the case of an accident or if you suspect your dog has eaten some chocolate, contact your veterinarian. There will be time to give it something to induce vomiting if they have only just eaten the chocolate.

Humans and dogs are on the same wavelength in so many ways, but while some of us run on chocolate and caffeine, dogs just can’t. Remember that and have a happy Christmas with all your four legged family members.

This article was originally published on The Conversation. Read the original article.