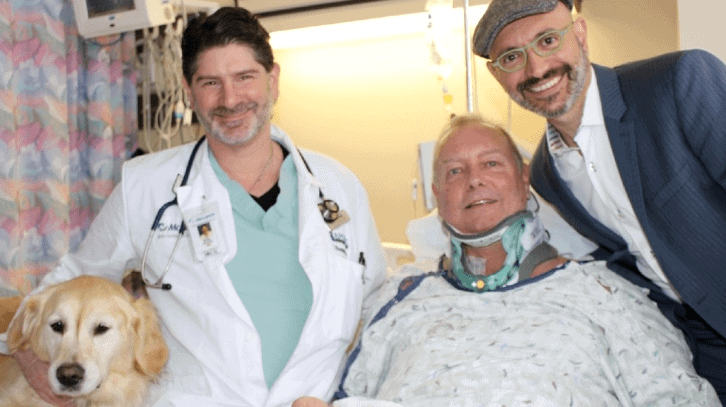 A Michigan man who slipped and fell in the snow is alive today, thanks to the loyal, devoted, and heroic actions of his amazing dog, Kelsey.

On New Year’s Eve, Bob ran outside in only his slippers, long johns and a shirt to get a log for the fireplace when he slipped and fell just a few feet from his front door, breaking his neck.

Bob’s closest neighbor is about a quarter mile away, and couldn’t hear his calls for help. Luckily Kelsey, his loyal Golden retriever, was by his side.

“I was screaming for help but my nearest neighbor is about a quarter mile away and it was 10:30 p.m., but my Kelsey came,” Bob told WPBN/WGTU. “By morning my voice was gone and I couldn’t yell for help, but Kelsey didn’t stop barking.” 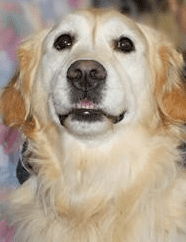 For 20 hours Bob laid paralyzed in the snow outside his home, with temperatures dropping to 24 degrees, wearing only long johns and a shirt. Kelsey laid on top of him, keeping him warm, and continually licked his face and hands to keep him awake. Bob eventually lost consciousness, but Kelsey never stopped trying to help.

McLaren Northern Michigan hospital said that when Bob arrived, he was hypothermic, with a core body temperature under 70-degrees F, in atrial fibrillation, and had a C4-C5 disc herniation that was compressing his spinal cord causing paralysis in his legs.

“I was surprised to find out that I didn’t have any frost bite,” Bob said, “I am sure it was because of Kelsey’s determination to keep me warm and safe.”

Bob says he is eternally grateful for his beloved four-legged hero. “Kelsey kept me warm, alert, and never stopped barking for help.” He’s certain he wouldn’t be alive today if not for his loyal companion.