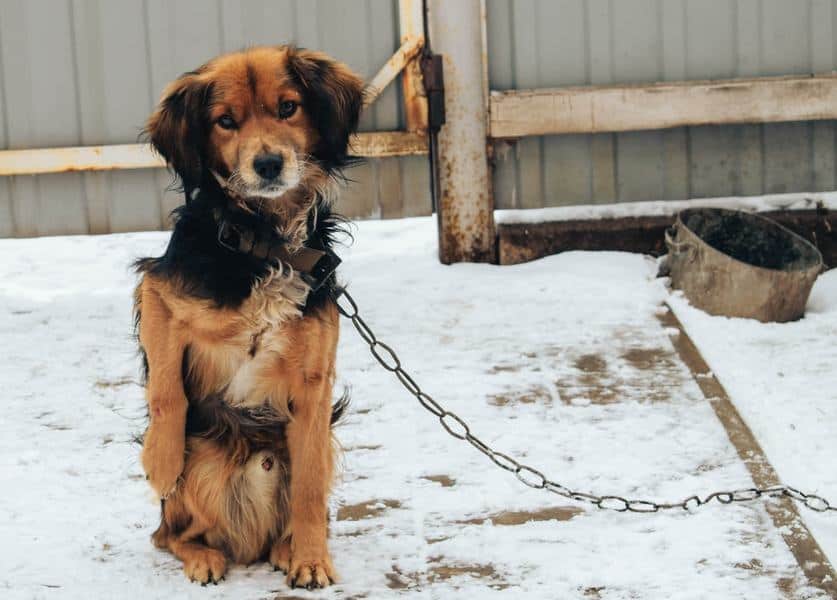 Washington lawmakers are hoping new animal tethering laws will discourage or prevent the inhumane treatment of animals tied, chained, or “tethered” outside.

Dog owners could soon face new charges and penalties for tethering their dogs in a way that lawmakers deem inhumane if Washington’s Senate Bill 5356 (SB5356), which just passed the Senate, is also approved by State Representatives.

The bill would, among other mandates, require any restrained dog to have adequate access to food, water, shelter and freedom of movement. And, certain types of collars, including choke chains and prong collars, would be forbidden while a dog is tethered.

“There’s a major difference between keeping a dog restrained outside for their own safety for a reasonable amount of time and reckless abandonment and neglect,” said Senator Joe Fain (R-47th), who sponsored the bill.

If passed, Washington would become the 21st state to enact animal tethering laws.

Citizens in Washington state are urged to contact their lawmakers regarding their support or opposition of SB5356 as the bill heads to the State House of Representatives for vote.