A woman was arrested on three counts of felony animal abuse when a cat and two dogs were found locked inside her hot car. One of the dogs had already succumbed to heat exhaustion when the animals were found. 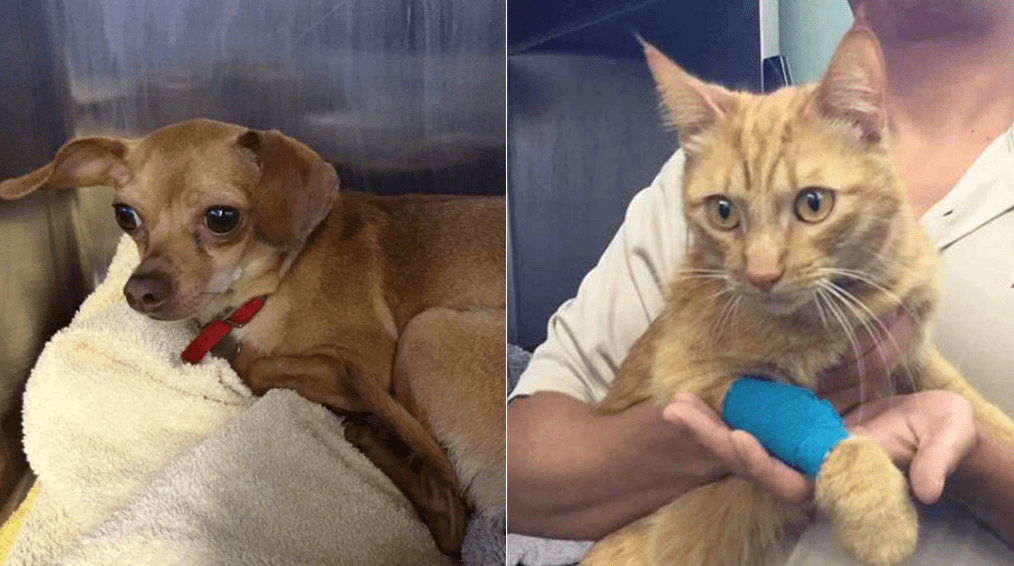 Inland Valley Humane Society & SPCA officers assisted Ontario, California Police with rescuing three animals abandoned in a parked car on Saturday. Sadly, it was too late for one of the pets.

Upon arrival at the scene, officers found one deceased dog and a second dog and cat alive and under extreme distress. Officers broke a window to gain access and immediately began treating the animals for heat exhaustion.

It is unknown how long the animals were left suffering inside the vehicle when they were found. At the time of their rescue, temperatures inside the hot car were around 113-degrees.

The deceased dog was taken to the Inland Valley Humane Society & SPCA where a necropsy will be performed to determine the cause of death. The surviving dog and cat are being treated by emergency veterinarians.

The surviving animals will remain in the care of Inland Valley Humane Society & SPCA while an investigation is underway and until they have fully recovered.

Every year, countless dogs die in cars on summer days, even when it doesn’t even seem that hot outside, and even when the windows are cracked and the car is parked in the shade. The startling truth is that even in seemingly safe conditions the temperature inside your car can soar to life-threatening heights in just a few minutes – about the time it takes to run into the post office or the coffee shop or the pet store.

Even on a mild day, temperatures inside a car can soar to triple digits in a matter of minutes. To learn more, click here.

You wouldn’t dream of leaving your best furry friend in an oven. Leaving them in a parked car in the summer is no different. Please, think twice before bringing your dog along and continue warning other pet parents of the dangers.